Although the two big band recordings including his last release (2014) with Miguel Blanco feature Mr González in a setting where the musical textures are considerably denser than what one is accustomed to listening to with the Fort Apache Band, it is impossible to miss the singular magic of Mr González’s horn gliding effortlessly like a proverbial swan through liquid phrases that occasionally dive and dart in and out of the viscous music. His phrases are elliptical with lines climbing in iridescent arcs filling the pregnant air with a mystical 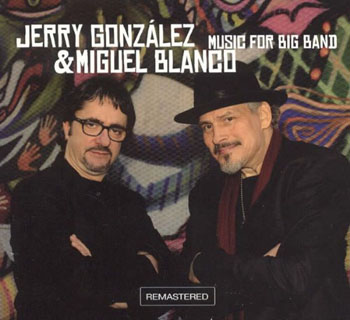 sound as he dissects and analyses Mr Blanco’s arrangements then puts them together as a whole and communicates in his own unique voice the stories that speak to him in a very personal way.

During the nearly two decades he spent in Madrid, Mr González was not only reincarnated musically and performed and recorded with great major Spanish musicians such as Paco de Lucía, Javier Limón and Federico Lechner, he also found love, marrying Andrea Zapata-Girau from Vigo, Spain. A filmmaker, editor and visual artist, as well as jazz and Afro-Caribbean music lover and collector Miss Zapata-Girau and Mr González had a daughter who featured prominently as a member of the audience at various concerts and club dates. Miss Zapata-Girau is the proud keeper of the flame that is Jerry González, iconic musician and legendary musician who helped shape Latin-Jazz in ways that we will be coming to terms with for years to come.

On the 6th of May, 2019 Mr González was honoured by the City of Madrid with a plaque to commemorate his monumental contribution to music. Miss Zapata-Girau and many of his 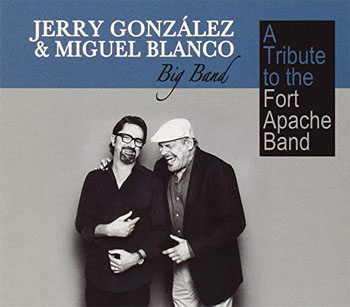 friends – musicians and just plain admirers of the man they knew as neighbour and friend were there to celebrate his life. There can be little doubt that Mr González was there among them smiling his crocked smile as he acknowledged the honour as only he could: in all humility.

Reviewing his last album Jerry González & Miguel Blanco: A Tribute to the fort Apache Band I made the mistake of suggesting that the ensemble whose repertoire was being celebrated had been disbanded. I had not heard from them in a while and, while assuming that Mr González had relocated permanently to Spain, that was it, so to speak. Mr González was justifiably upset and made his anger known in no uncertain terms. My editor had to apologise on my behalf as I was too mortified to respond. He passed away on October 1, 2018 without my ever being able to make my peace with him. Here then, is what I should have done before that fateful day last year.