Those albums were followed by Rumba para Monk (1988). By now the Fort Apache Band was down to quintet, which included Larry Willis on piano, Steve Berrios on percussion, Carter Jefferson on tenor saxophone, Andy González on bass and Jerry González on congas, quinto, trumpet and flugelhorn. Sadly soon after this release, Carter Jefferson also passed away. He was replaced by John Stubblefield and tenor and soprano saxophonist Joe Ford was added. As much as the music of Rumba para Monk became the benchmark 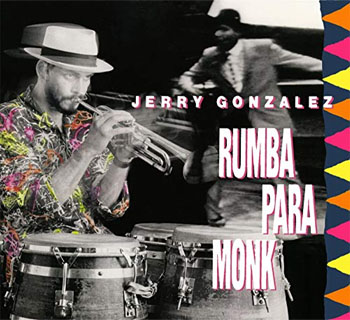 for the Fort Apache Band much more magnificent recordings were to follow. Among these was Moliendo Café (Sunnyside Records, 1991) and – seven other albums later – Rumba Buhaina dedicated to the legendary Art Blakey.

It was music like that on recordings from The River Runs Deep to Rumba Buhaina that carved out that special niche for the Jerry González and the Fort Apache Band. It was one where the propulsion of the band’s Afro-Cuban rhythmic orientation provided by the deep rumble of Andy González’s bass and Steve Berrios’ drums and percussion intertwined itself with the inspiration of Jazz improvisation of the rest of the band members. The glue that held things together was forged by Larry Willis’ piano, the horns of Carter Jefferson’s as well as Joe Ford’s and John Stubblefield’s.

But nothing would be the same without the lead voice of Jerry González, who provided the kinetic thrust with his magnificent percussion colouring on congas and quinto, alternating between this and the wail of his horn that he used to pierce through the melodies of the band’s repertoire with his trumpet, often softened with various mutes or the flugelhorn. Mr González’s rippling percussive grooves shaped the sound of every band he fronted, most especially that of the Fort Apache Band. His masterful arrangements brought the full force and elegance of Afro-Cuban rhythmic forms such as the rumba and guaguancó to the music of the band. His performances on the horn – whether it was the trumpet or the flugelhorn – 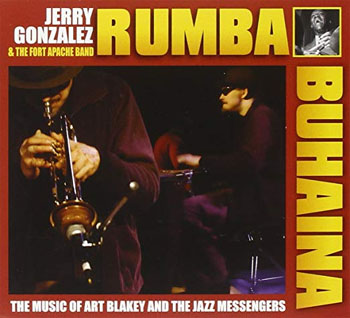 are strikingly expressionist, angsty hotchpotches of jazz idioms and flaming Latin techniques that he applied, in equal measure, into the music’s texture – sometimes obliquely and at other times with loud and direct reports.

Moreover, whether played muted or open horn the colours he produces in the music are extraordinary with muted parts seeming to go under the melody and then exploring other harmonic routes through almost imperceptible changes like watercolour washes. Almost always these magical variations make it seem as if Mr González’s musical lines have been created from a palette fashioned from real life. When this is heard with the music provided from the rest of the Band it always appears to be a most organic process that has an earthly beginning, but then rises to an utterly rarefied realm. It is this unique sound palette – a rare melding of aural language into which nuanced emotions were expressed with a poignant humaneness – without an ounce of guile that came to be recognised as the voice of one of the most unique musicians in all popular music; certainly in Latin-Jazz, a stream of American music that ran parallel to the great tradition of African-American music called Jazz.