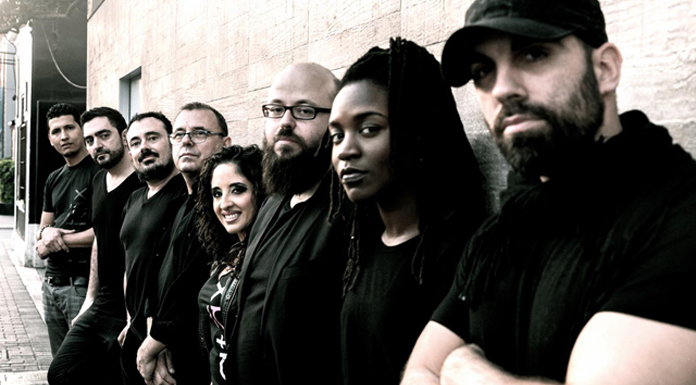 There are two remarkable Latin Jazz tributes dedicated entirely to Michael Jackson that are really worth adorning a library of music: Unity, the one by Lima, Peru-born percussionist Tony Succar, and now these simply entitled one Patax Plays Michael (A Tribute) a 2015 studio recording that was released a year later in 2016 and its companion piece that was documented when Patax took their version of Michael Jackson’s iconic music on the road. This latter one became A Night to Remember in remembrance of the iconic November 17th 2015 concert at Teatro Calderón in Madrid, Spain. Both recordings unfolded in enormously ambitious productions driven by the percussionist Jorge Pérez, who fronts this Spanish super-group, Patax.

Both albums comprise Michael Jackson’s the best known repertoire especially music from his seminal albums produced by Quincy Jones. Although the live package A Night to Remember is not supported by a DVD of the stage performance the visceral excitement of the performance is adequately represented by a superb recording split into two discs. Moreover the group puts the vocalist Alana Sinkey front-of-house and clearly this is a master-stroke. Miss Sinkey’s vocalastics are born of power and grace and it’s hard to think of Patax without her. The horns section is another reason why this music breaks the proverbial sound barrier. The shape of this music is forever changed every time the horns have their say and each time it recalls to mind the sound of the iconic Tower of Power band.

A total of 28 musicians have come together to make this recording, an extravagant production by any stretch of imagination. Although the music on this album is of a very high quality throughout – especially through songs such as “Thriller” and “Man in the Mirror”, the explosive crescendo is clearly the return of “Billie Jean”, which closes out the set. This is played as a rollicking Guaguancó. Here, obviously the percussionists – Jorge Pérez and Valentin Iturat who plays shekere with Victor González-Aceituno on cajón and Pedro Pablo Rodriguez who plays quinto on that track – shine brightly. It is, after all, a vehicle driven by the sensuous rhythm of this derivative of the rumba from Havana and Matanzas. Remarkably all of the moving pieces here work perfectly in conjunction with the percussionists to create a mighty tribute to the man the world knew as The King of Pop.

Patax: A Night to Remember

This live recording captures all of the excitement that must have rocked the house when Patax took their Michael Jackson tribute on the road. The group spices things up smartly with the inclusion of the “Habanera” from Bizet’s Carmen; then add the Jorge Pérez composition “La Ruth”, Sting’s “De Do Do Do, De Da Da Da” and Madonna’s “Like A Prayer” to the mix. This might seem like an odd addition, but it – especially in the case of the Bizet aria – does make for an interesting twist to the programme. As mentioned earlier, it’s a pity that this package was not accompanied by a DVD of the concert. But there is more than adequate coverage of both discs on YouTube. The presence of Maureen Choi, one of the most gifted violinists on “Beat It” is one of the high points of this concert. Dee Burrows’ rap on five tracks really spices up these songs making the re-inventions altogether more memorable. Thus more’s the pity for the absence of the visuals.