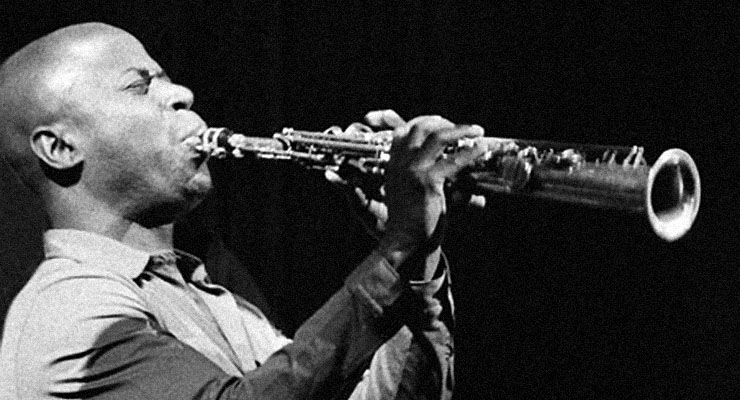 What started out as video of a live performance at the Weatherspoon Museum in Greensboro, North Carolina evolved into a digital download when Sam Newsome viewed the footage and discovered that the lighting was not up to par. After listening to the performance he decided to make it accessible to the public. “Because the recording is only 18 minutes and 55 seconds, I was a little hesitant about releasing it as a CD recording,” says Newsome, “When people put on a CD, they have certain expectations with regard to length, however in the digital format the length isn’t prescribed. And I decided to release the entire concert as a $0.99 digital download because I wanted the listener to experience the whole set in its entirety.”

The Solo Concert is essentially 4 tracks – Duke Ellington’s Sophisticated Lady and In A Sentimental Mood and Thelonious Monk’s Misterioso and Ask Me Know – that seamlessly flow into the other. “Even though I’ve composed several pieces for solo saxophone through the years,” says Newsome, “applying my concept to standards is still one of my favorite things to do. I feel like I’m able to forge ahead while still paying tribute to music and players from the past.”

My first Sam Newsome sighting occurred at The Jazz Standard in 2013, where he performed with (Francisco Mora Catlett’s) Afro Horn. In my live review for All About Jazz. I likened Newsome’s sound to that of Probe, the wielder of the Afro Horn, a rare object of power, in Henry Dumas’s short story Will The Circle Be Unbroken? Newsome’s extended technique, which includes split tone multi-phonics, slap tongue articulation, seamless circular breathing and unusual non-Western scales made my vision of Afro Horn come to life.

Newsome gained prominence as a tenor saxophonist with the Terence Blanchard Quartet during the 1990s. In 1996 he switched from the tenor saxophone to the smaller and more difficult alto saxophone, an act that he describes as “liberating.” Thus began a journey of discovery as Newsome immersed himself in the music of North Africa, the Far East, the Middle East and incorporated non-Western scales into his musical vocabulary. Newsome’s journey led to the formation of Global Unity, which became his working band for the next 7 years.

When Global Unity disbanded, Newsome took a hiatus from performing and immersed himself in the works of the masters – Steve Lacey, Sonny Rollins and Anthony Braxton among others – and developed a unique approach. Today, Newsome sees himself as a “jazz recitalist” and somewhat of a “sound scientist,” with 3 extraordinary solo recordings to his credit – Blue Soliloquy (2009), Monk Abstractions (2012) and the Art of the Soprano Volume 1 (2012).

During an online conversation with Newsome I asked him about his preference for performing solo. “I found that the solo saxophone context gave me the freedom to explore the soprano from a deeper sonic perspective,” said Newsome, “There are a lot of beautiful subtleties to the sound of the soprano that get lost when playing with other people.”

Prior to seeing Newsome live and listening to The Solo Concert I had no idea that an alto-saxophone could be made to sound like a double reed instruments from the Middle East; wooden and bamboo flutes from the Far East and throat singers from Tuva and Mongolia. Unless you’ve experienced Sam Newsome live The Solo Concert is probably unlike anything you have ever heard before. A good reason to join Newsome on his musical quest and experience music’s endless possibilities.

Stay tuned for Newsome’s next effort, The Art of the Soprano, Vol. II: The Straight Horn of Africa, scheduled for release, September 1, 2014.