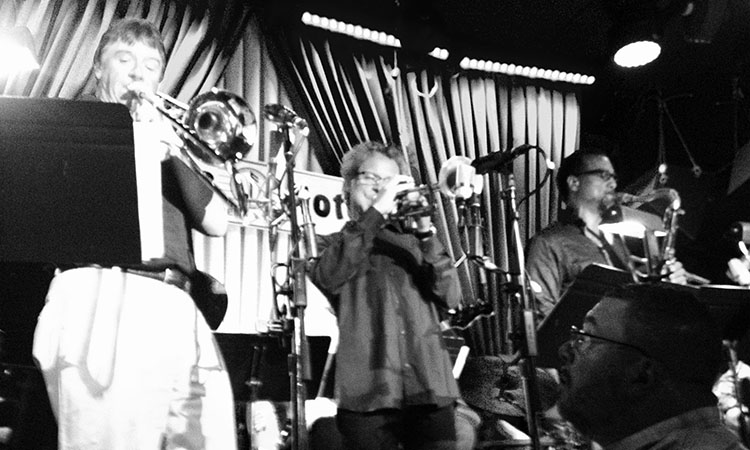 Conrad Herwig is no stranger to reimagining the work of seminal jazz musicians and showcasing their “Latin side.” In 1998, he released The Latin Side of John Coltrane to wide acclaim. Over the years he has paid tribute to Wayne Shorter, Miles Davis, Herbie Hancock and Joe Henderson.

On the surface, the concept sounds formulaic but after seeing the band live I can assure the listener that the concept is fresh and true to the source. 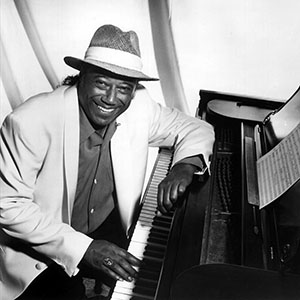 At the Blue Note, the band paid a fitting and fiery tribute to jazz icon Horace Silver. The vast majority of the repertoire consisted of Silver’s Greatest Hits, but the band made each and every tune their own, and included surprises along the way.

The band opened with their interpretation of “Cape Verdean Blues,” a tune Silver composed for his father, John Tavares Silva, who was born in Cape Verde. The tune’s lively Latin rhythms and calypso melodies conjured up visions of the islands and heralded the shape of things to come.

Herwig is nothing if not an engaging speaker. Between tunes, he shared Silver anecdotes with the audience and referred to him as a “funkster” and a founding father of Soul Jazz, which was popular from the mid to late 60s.

On a more poignant note, Herwig mentioned the fact that he was honored to have shared the stage with Silver during his last performance at the Blue Note.

“Silver’s Serenade” is one of my personal favorites, however I associate the tune with The Bronx Horns, who did an incredible job of exploring Silver’s “Latin Side” in 1998 with The Silver in the Bronx Horns (Timeless Records).

The tune, “Filthy Mc Nasty” is indicative of Silver’s “down and dirty” side, the rhythms are raucous, danceable, fun and a perfect vehicle for the band, who obviously enjoyed playing the tune as much as the audience enjoyed hearing it.

Silver composed “Nica’s Dream” for the Baroness Pannonica de Koenigswarter, a staunch patron of bebop and a close, personal friend to Silver, Charlie Parker and Thelonious Monk among others. Over the years, the tune has been covered to death but the band gave it a whole new outlook. 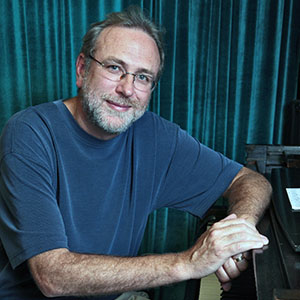 Anyone who has seen Michel Camilo perform is aware of the fact that he is nothing if not a force of nature and he proved as much when he sat in with the band for “God’s of the Yoruba Pt. 1,” which is one of the songs of a 3-part suite that Silver composed and dedicated to “the Africans and their spiritual evolution.” 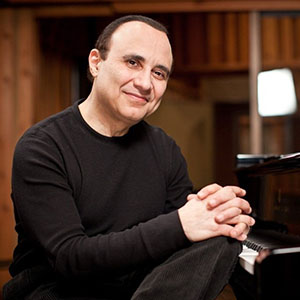 The powerful arrangement and the intense exchange between the players and Camilo caused a seismic shift, a musical explosion that washed over the audience and lifted the room off its axis. Camilo’s lightning fast hands were the icing on the cake.

Silver’s most popular tune, “Song For My Father” took the vibe down a notch but before the audience could catch their breath, the band countered with “Nutville,” a swinging and upbeat tune that left everyone wanting more.

In all, it was a heartfelt and revealing tribute. Anyone who was not familiar with Silver’s music going in left the room with a better understanding of why Silver’s legacy is so enduring.

The event was recorded for posterity and is due to be released sometime in 2015. Suffice it to say, the recording engineer had his or her work cutout out for them. Capturing the music is one thing. Capturing the energy in the room and the smiles on people’s faces as they filed out of the room is something else.