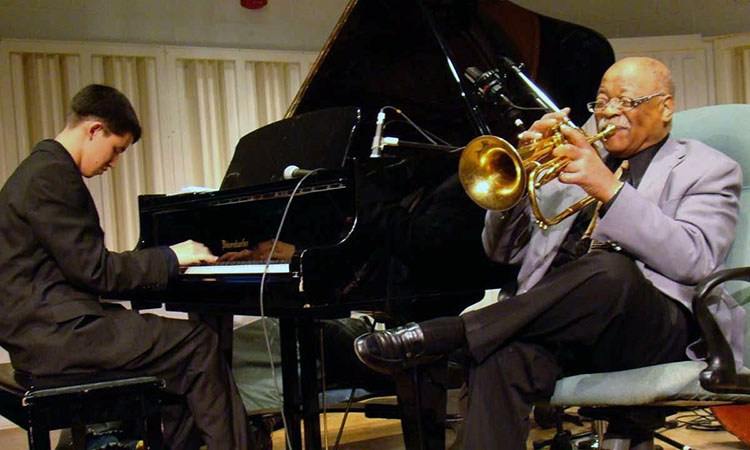 On October 3, 2014, the documentary Keep on Keepin’ On will premiere in New York. The film documents the ongoing relationship between trumpet legend Clark Terry and his protégé, Justin Kauflin, a blind prodigy who is seventy years his junior.

First-time director Alan Hicks – also a protégé of Terry – does a remarkable job of giving the viewer an inside look at the trials, tribulations and triumphs of Terry as he copes with aging and the ravages of chronic diabetes and Kauflin, a brilliant pianist and composer who suffers from acute performance anxiety.

As the clock ticks, we watch Terry and Kauflin tackle some of the biggest challenges of their life, albeit from opposite sides of the spectrum.

The camera follows Kauflin as he feverishly prepares and participates in the Thelonious Monk International Jazz Piano Competition, where he is chosen as a semi-finalist and Terry – in a segment that is painful to watch – as he is faced with the prospect of having both of his legs amputated in order to survive.

Without giving too much of the story away, Terry and Kauflin are survivors who live their lives according to one of Duke Ellington’s favorite principles, “There are two rules in life: Rule #1 is don’t quit. Rule #2 is don’t forget rule #1. 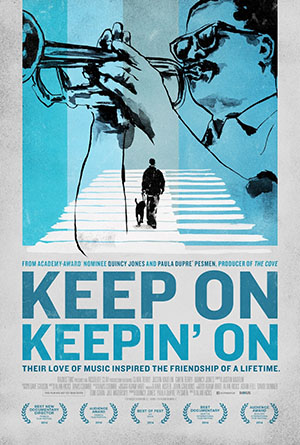 Keep on Keepin’ On is not a jazz documentary film, however it touches on Terry’s long and illustrious career through the use of lively passages from Terry’s autobiography titled Clark: The Autobiography of Clark Terry

For those who are not familiar with Clark Terry’s long and illustrious career he is a prolific trumpeter and pioneer of the flugelhorn. A short list of his credentials include, Jazz Ambassador to the U.S. State Department, NEA Jazz Master with sixteen honorary doctorates and the keys to several cities and a knighthood in Germany. But perhaps his greatest triumph is coaching and mentoring thousands of students who will go on to teach thousands of students, in an endless cycle.

If indeed, “The value of a man resides in what he gives and not in what he receives,” Clark Terry is a man beyond measure.

Keep on Keepin’ On will premiere at the following theatres in New York on Friday, October 3rd, 2014:

The Sunshine Cinema, 143 East Houston Street on the Lower East Side between 1st and 2nd Avenues – landmarktheatres.com/market/NewYork/SunshineCinema.htm

Lincoln Plaza Cinema at 1886 Broadway, in the Lincoln Center area between 62nd and 63rd Streets and Broadway – lincolnplazacinema.com 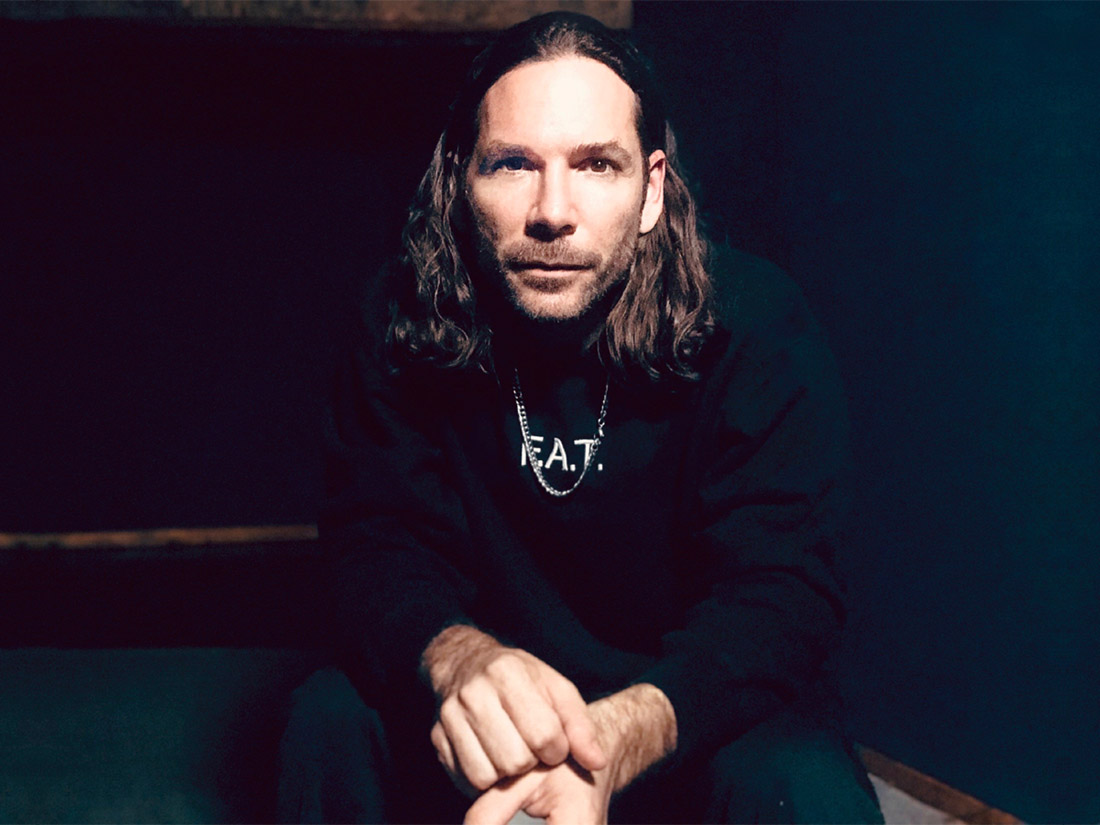 Alex López and Henry Cole met in Mayagüez, Puerto Rico sometime around 1992 when Henry attended the Manuel A. Barretto School.

Two images of Alex have remained forged in Henry’s memory. One is of Alex hanging out with Henry’s oldest sister, Tidzia Cole, and her friends in front of his grandmother Angelina Simon’s house on Calle Estación. The other is of Alex watching him from a little store next to the Cundo Rovira Pharmacy, where they sold “icys” (snow cones) and “empanadillas” (meat pies). Henry sensed that Alex was letting him know with his eyes that he was looking after him.

In 2006, the two met again in New York City during a Bomplenazo in which Henry participated as a guest of Los Pleneros de 21. Alex was part of the group Cocolay y sus Pleneros. As soon as they discovered they’re both musicians, they knew they wanted to collaborate. Whenever they met up, they talked about doing something together.

The opportunity arose in 2019. Henry was to appear with this group, Villa Locura, in Mayagüez for the first time, and he invited Alex to join them. He also asked Alex if he had a song that he’d like to adapt for Villa Locura. Alex sent him “Si Va’Llover.” Henry listened to several versions of the song and created a new arrangement within a couple of hours. And then, the gig in Mayaguez was canceled.

Henry performed “Si Va’Llover” in Santurce last December (2019) and although Alex didn’t sing with him, it was clear that people loved the song.

In 2020, Henry decided to record the arrangement of “Si Va’Llover,” this time with the participation of Alex López and a dream band. This is the result!

The recording of the song entailed two experiments. The first was for Henry to see how his music would turn out with Villa Locura, his band made up of local Puerto Rican musicians, with the exception of keyboardist Jason Lindner.

The second experiment was to explore the legendary AQ30 Studios in Bayamón, which during the 1990s Merengue era recorded many greatest hits. Perhaps the most famous was, Elvis Crespo’s megahit “Suavemente.”

Discussing the process, Henry says: There’s a lot of analog equipment from that era that wasn’t being used because most of the work now is done with Pro Tools. I wanted to get the gears cranking again on the machine that had been so successful.

I started listening to some of the albums that were recorded there to relate the space to the music. I called trumpeter Luis Aquino and asked him how they recorded and what kind of equipment they used. Every time I saw the founder and recording engineer, Ricardo Marty I asked him a thousand questions and slowly I gathered fascinating information about the use and the history of the space.

Through these experiments I got a sense of what it would be like to record my next album in Puerto Rico.

At one point I felt that the equipment and the space spoke to me and welcomed me. This was confirmed in the takes that we recorded. Especially when I saw how the artists shone as their parts were added, and how easy it was done. It took Alex only one and a half takes to record his vocals. ‘I put on my headphones and went on a trip. I felt everything flow at once,’ he told me.

We only had one rule in the studio: no plugin’s (signal processor, equalizer, or compressor). The sound had to come from the subject to the analog machines without “filtering.”

The artwork was inspired by the Portfolio de Plena series, a set of prints created by the Puerto Rican painter, printmaker, calligrapher, Lorenzo Homar, and painter and the draftsman, graphic artist, muralist, and illustrator Rafael Tufino, who celebrated Afro-Puerto Rican music in the 1950s.

Also, Henry called the painter, Martin Garcia Rivera, who is very familiar with Homar and Tufino’s works, and respects the Puerto Rican culture.

“Martin’s process was an incredible learning experience for me. In the middle of the pandemic he sent me photos and meditations about his process for creating the piece, a process called Intaglio, using Punta Seca. One day Martin called me and I heard the joy in his voice, and knew that he had succeeded. That call lasted about three hours. We talked a lot about the painter, Francisco Oller, Puerto Rico, our culture, and Martin’s story.”

“The press is manual, it’s like traveling back in time to a hundred, two hundred, even five hundred years ago. The past is the present with different actors and all that today has to offer,” says Martin Garcia Rivera.

Once the “master” was finished, Henry shared it with some people in the music industry, garnering the usual results. Some said, “Wow, this amazing, it’ll stick.” And others said, “We don’t know if it belongs on a playlist, it’s too long, it’s too instrumental, it’s too jazzy, it’s regional, people consume a more urban sound.”

The story was the same when presented “El Diablo” with Tito Allen and “Caminando” with Tego Calderón.

Henry was aware that even if there were some interest, he would have to give away his song for streaming, which generates less than a penny per play. And with a schedule of canceled concerts for the rest of the year, he realized he wouldn’t be able to continue in that direction, nor could he expect the industry to dictate what he should do with his music.

So Henry decided to take inspiration from the figure of the artisan, using this analogy: Craftspeople make their handiwork —whether it be jewelry, or furniture, or carved nativity scenes— but they would never expect to make a living by simply giving it away as if it were a free sample. This would leave the artisan with no profit to buy food or materials.

For example, there’s craft beer, craft coffee, craft jewelry. A craft beer is more expensive than a regular beer. Why? Because of the quality of the ingredients, the process by which it’s made, the attention to detail.

Henry developed the idea of launching his own platform to sell his art in conjunction with visual designer Abdiel Flores.

La Música Artesanal also seeks to bring together artists who share this same thinking and passion for their crafts. In this way, they’ll form a Mercado of craft musicians.

“And so,” says Henry, “I offer you here my Música Artesanal, created with the best musicians, artists, engineers, machines, and processes.”

“The ‘mission,’ was to create an aggressive, punchy, in your face, groovy, virtuosic sound. Also, I wanted to present my vision of New Plena and send a message to the other Plena, Bomba, and Salsa Bands in Puerto Rico, that, ‘This is 2020 and Henry Cole and Villa Locura is here!’ Aside from the lyrics, I composed all the parts. I brought in the bassist Ricky Rodriguez, who gave me the aggressive, nasty bass lines I was seeking. This virtuoso type of bass playing happens in Merengue but rarely in Plena. Also, there is Trap (a sub-genre of hip-hop ) played by musicians, not computers. ” — Henry Cole

Well, my people
Our Plena
Our Roots
Our Culture
If It’s Going to Rain, Let it Rain
Nothing Will Stop My Plena!