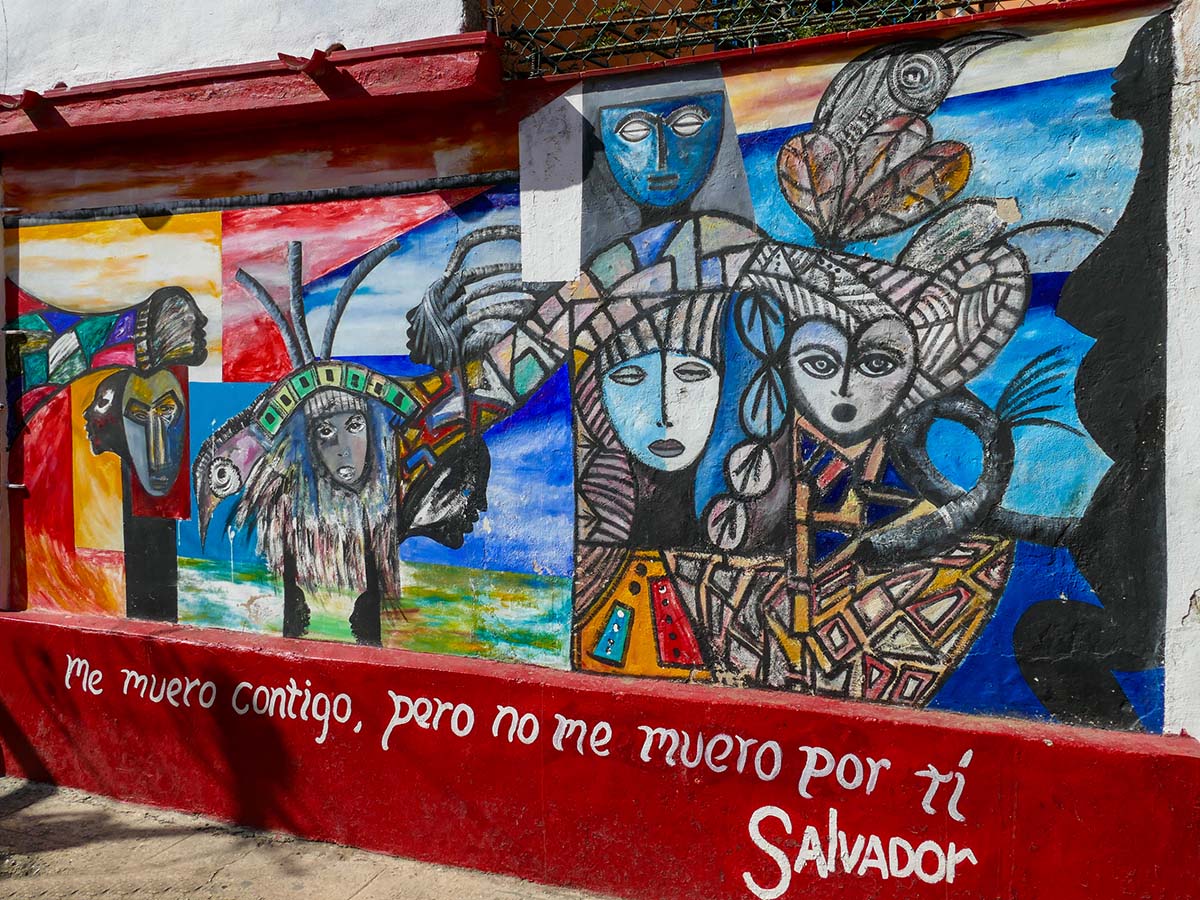 The legendary French philosopher noted for his work in phenomenology Paul Ricœur, wrote in his book Histoire et Vérité (Editions du Seuil, 1955; History and Truth, Northwestern University Press, 1965) no doubt in phenomenological terms: “When we discover that there are several cultures instead of just one and consequently at the same time when we acknowledge the end of a sort of cultural monopoly, be it illusory or real, we are threatened with destruction by our own discovery. Suddenly it becomes possible that there are just others, that we ourselves are an ‘other’ among others.” M Ricœur was speaking, of course, of something so elemental that it is often invisible to the naked eye; and sometimes even to the senses.

Every ‘other’, like a charged atomic particle, is drawn to an ‘other’. In music it is a harmonic note apposite to the one, or a beat opposed to the other.

“Outside of Africa, nowhere is this “code language” spoken and sung or chanted more frequently, with so much purity and with so much truth and honesty than in Cuba”

Even those who belong to a rare tribe of people with a keen eye on the African Diaspora – with 20/20 hindsight (and perspective), those awakened from the Age of Enlightenment to a revolutionary understanding of “otherness” – might sometimes find this incomprehensible. Unless of course they each seek true and respective “otherness” with a sense of Ubuntu. For ages, seeking with openness has come from encyclopaedic discourse to veneration of art. This has been and continues to be the route to this Enlightenment. You need only turn to Ibn Battuta, Marco Polo, Schweitzer and Thesiger… and especially Cheikh Anta Diop, Frantz Fanon… and musicians from Bartok to Bebo, Dizzy and Bird to Monk and Mingus…

That’s what Jazz – especially Jazz – has been a kind of musical epistolary between “others”, both facilitating and bringing together “others” into an unique Afrocentric Ubuntu, that every culture dreams of; that often cannot even be countenanced in the neo-colonial world around us. Not, at stages around the world, it would seem, though… and certainly not in Cuba, where it would seem revolution is alive, and where there seems to be no need for the bullhorn to right the proverbial course, but only the wood that talks… I refer, of course, to the Holy Grail of drums of Mother Africa: The Bàtá…

As an ancient owe from the Yoruba says:

“Àsotì ló ? je omó gbó enà”
(If your child understands your code language, it is because you both share the secret) §

Outside of Africa, nowhere is this “code language” spoken and sung or chanted more frequently, with so much purity and with so much truth and honesty than in Cuba. Hosting a celebration of a music that arouse out of Africa on the island has, to me, a very special significance. Walking the streets of Habana Bella I listened as it poured out in the pulsating of residential purification ceremonies and heard it and the message in the rolling thunder of performance after performance at Callejón de Hamel. We danced, skin to skin with manic joy, revelling under a blue sky in the sweetness of each other – that proverbial “other” that M Ricœur once thought of and which we see – but never think enough about – in museums of cultural history the world over.

And, of course, we saw it daily in the memorable hours spent at Fábrica de Arte Cubano. “You do very important work here,” I said to Neris González Bello during a break in the proceedings, one afternoon. I was listening, rapt, to Jose Dos Santos describing his own yeoman work on Cuban radio and television; writing on music and other cultural matters for Granma and (now) online too. Indeed they do important work in many forums, too much of which we never hear or speak about – but more about that bigotry later…

Both Neris González Bello and Victor Rodriguez, President of the Organising Committee for Jazz Plaza were responsible for the XV Coloquio Internacional de Jazz ‘Leonardo Acosta In Memoriam’ at Fábrica de Arte Cubano. Miss González Bello was also the director responsible for the conception and coordination of everything that took place between January 15 and 19, 2020 at this exquisite venue. I suspect that she did much more with her army of staff and volunteers. She was modest about her involvement and demurred politely. Rightly so, perhaps, because it was the academics and artists who took over daily on whom the spotlight ought to have been shone.