Jane Bunnett And Maqueque: The New Queens of Afro-Cuban Jazz 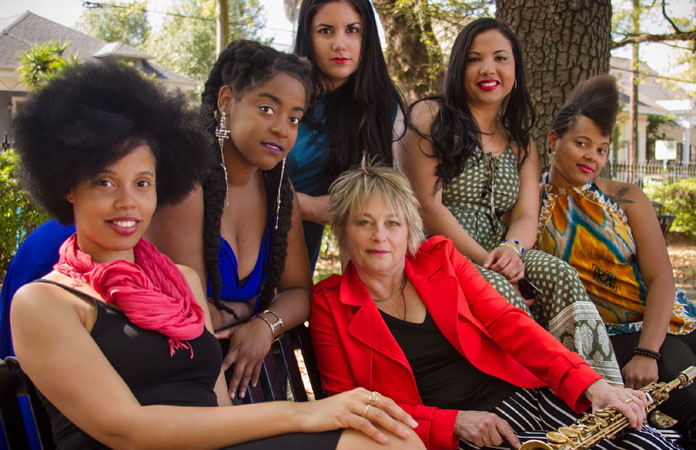 Jazz Night in America: The Radio Program with Christian McBride

Since Dizzy Gillespie and Chano Pozo birthed “Manteca” in the ’40s just as Cuban musicians like Machito were shaking up New York’s jazz scene, Afro-Cuban jazz has continued to entice and fascinate North American musicians into new collaborations and explorations.

Canadian saxophonist and flutist Jane Bunnett took her first trip to Cuba in 1982 and subsequently dedicated her life to the country’s music, traveling to the island more than 100 times. Bunnett says that being able to travel and establish a rapport with other cultures is the best part about being a musician. “It’s more than music, it’s friendship.”

In this episode of Jazz Night in America, we’ll hear Maqueque’s exhilarating performance from Jazz at Lincoln Center, spend some time with Bunnett, learn of a devotion to an ever-growing Cuban musical family and hear from some of the women of Maqueque on their decisions to leave Cuba to pursue a music career. We’ll even take a stop in Miami, Florida to introduce the band to the Little Havana neighborhood.

My moon app announces that in 14 hours the Supermoon of May will be here. During a full moon I...
Promotion