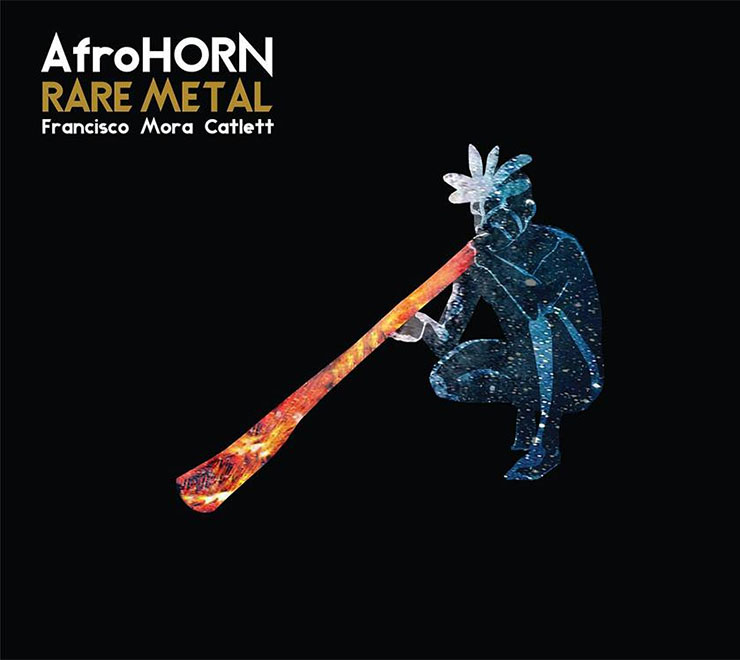 The drummer Francisco Mora Catlett should be better-known. Like his mother, who (and whose work) recently experienced a reawakening, thanks to a new homage from the bassist Rufus Reid, this recording ought to give Mr. Mora Catlett and his wonderful musicianship a mighty boost. But it did not. The word is that he received little or no media support. People also forget—some musicians and critics included—that he once graced the celebrated bands of the inimitable Sun Ra. So what chance will his music stand if memories are so short? His group, aptly named, AfroHORN, has made several recordings, but none have been as celebrated as, for instance, Michele Rosewoman’s. Listeners can be brutal and fickle sometimes. Why else will musicians from Buddy Bolden and Jabbo Smith to Charles Mingus and Thad Jones, for example, be relegated to the back of the mind? And so it is with Francisco Mora Catlett. While his music resounds with the beautiful force and whimsy as his mentor, Sun Ra, he is rarely spoken of as a musician and composer, something he can lay claim to, with same mastery as Mr. Ra, as it fuses the dancing thunder of African polyrhythms with spectral explorations in interstellar space. It is sincerely hoped that Rare Metal will change all that.

Despite the explosions of heavy depth bombs of Afro-Cuban drums played by Román Diaz and Andrew Daniels, Mr. Mora Catlett plays with decided colour and shade, an expression of flirty spirit and a sensational gravitas. His technique is masterful and this is especially obvious on “5 x Max.” But it is his compositions that are spectacular and very moving. They reveal a depth of consciousness that is rare among musicians, and a touch of Sun Ra and Wayne Shorter. As a drummer he is non pareil; as a composer and arranger he is a gem set in platinum. However, that does not mean that he is as beautifully static as that kind of jewellery. When playing close attention to the repertoire on this recording, subtle and not-so-subtle shifts and changes may be observed in the heart of the music. This has to do as much with time signatures and conceptualization as well. This is who the drama and transferences of rhythm and melody in “Afra Jum” sound broadly different from the dreamy “Blue People”. This also affects the melodicism of his drumming, not just his timekeeping and inner rhythms.

Of course, all of this is wonderfully enhanced by his ensemble. The horns, the obvious lead voices of the group, are spectacular. The high and lonesome sound of Sam Newsome’s soprano saxophone and the depth-defying beauty of Salim Washington’s baritone saxophone and bass clarinet play in exquisite counterpoint and their flights of fancy on various charts are a delight to the ear and the heart. The monumental “Barasuayo Mamakenya” is an exciting case in point. And nothing swings and is as colourfully African as the narrative on “Blue People.” His vocal crew do some fabulous (Nia Mora’s) work on “Salina Ago” as well as on Sandra D. Harper’s main vehicle “Make Ifa”; and this is why the music on these charts is so utterly nude and memorable—the singing and the poetics of both is wondrous to the inner ear. Román Díaz is the resident spiritualist here. His opening chant on “Moyuba Afro Horn” is deep, ominous and uplifting as well. Mr. Diaz did not pop out of nowhere; he is a much in demand sentir who is blessed with a spirit that pleases God. So much so that before he even utters a word, his spirit opens the heavens and the Orishas are then delighted to placate this god on his behalf and descent the stairway from heaven to the earth of AfroHORN. Mark this recording. It is a significant one for anyone who is serious about music.