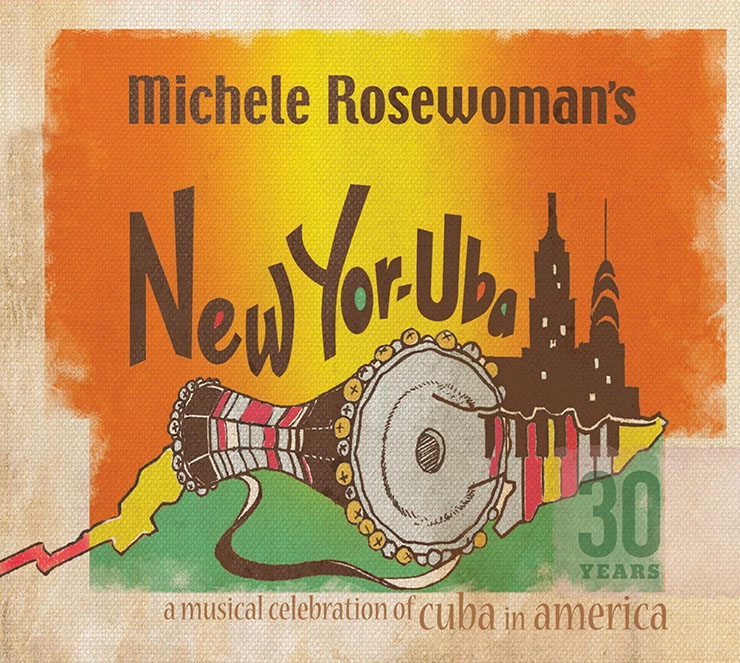 Ms. Rosewoman is celebrating three decades of her love and involvement in this music. For the pianist and composer, it all began with her celebrated ensemble New Yor-Uba. The first performance of this band, in 1983, featured the likes of the great Cuban percussionist Orlando “Puntilla” Rios, drummer Pheeroan akLaff, bassist Rufus Reid, saxophonists Oliver Lake and John Stubblefield, tuba players Bob Stewart and Howard Johnson and the inimitable trumpeter Baikida Carroll. The ensemble was conducted by Butch Morris, a master of time and the spatial geometry of music, apart from music itself. The 30th anniversary of this music, newly composed and dedicated to Mr. Rios, is breathtaking in its scope and intellect. It examines the big picture and the small has chants and shouts emanating from Nigerian (Yoruba) influences and a couple of Dahomey (now Benin), Arará chants and music.

Pedrito Martinez is the lead vocalist. Mr. Martinez is much in demand for sacred Afro-Cuban music. He is a master percussionist born of the batá and the Yoruba chants are second nature to him. The Orishas respond to his cries here and in this haunting programme, they weave in and out of the music. He is (uncharacteristically, some would say) “assisted” by the very special percussionist and High Priest of Santería: Romaán Diaz. And together with the other percussionists the two men create deep rhythm reminiscent of glorious claps of thunder. It is this mighty bed of music that provides the spectacle of an ancient Afro-Cuban church trembling with fervour as the Gods are called upon to bless the New Yor-Uba, both old and new versions of it. Orlando “Puntilla” Rios’ spirit hovers over the music, seeming to dance ecstatically.

But it is, of course Ms. Rosewoman who must be specially commended for this exquisite music. Her musicianship is of the highest order and she has crafted this repertoire with sublime elegance and also with the passion of a high priestess in Santería worship. Her pianism is delicate as soft as and slender as her feminine fingers. She gives much credit to Pedrito Martinez for his magnificent vocals, but she is being too modest for it is her superb compositions that paved the way for his special role in the recording. Ms. Rosewoman is also a fine vocalist and her voice is sweet and other-worldly. This is the key to the beauty of her vocals on “Divine Passage” and on “When Water Meets Sky”. Her softness is power itself. Of course the entire repertoire must be heard as a single suite for it is then that its exquisite beauty can be appreciated.