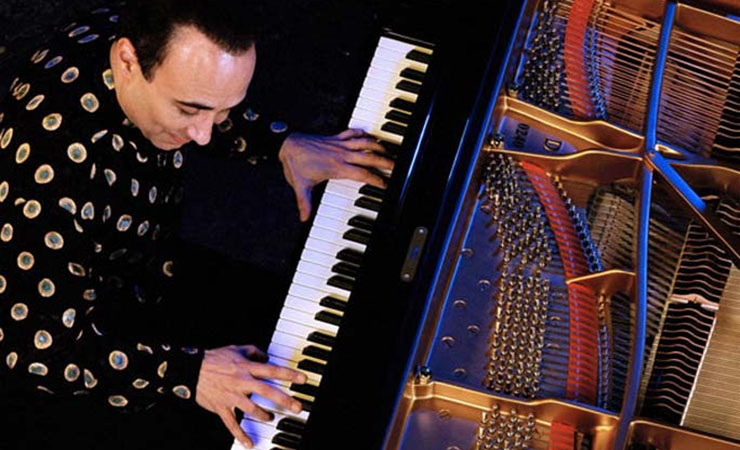 On the heels of two of his finest recordings to date—the Grammy winning Live at the Blue Note (2003) and the intimate Solo (2004) Mr. Camilo’s newest effort on Telarc seamlessly merges jazz and symphonic sensibilities with a unique rendition of Gershwin’s immortal “Rhapsody in Blue,” followed by some of the great American composer’s lesser known work—his Concerto in F, followed by his Prelude No. 2 for solo piano, with a touch of improvised blues. 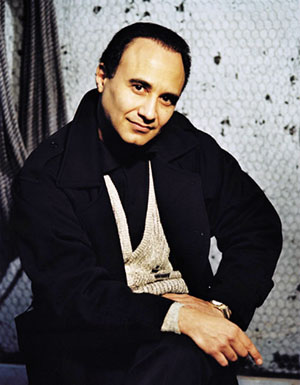 “I’m a big admirer of Gershwin. I always have been,” says Mr. Camilo, who has included Gershwin music in his stage and studio repertoire since the earliest days of his career. “The reason is because he pushed all the boundaries from one musical world to another, and he did it with no fear. I have been trying to do the same with my career, going from jazz to film scores to world beat experiments to guest solo performances with symphony orchestras.”

Like George Gershwin before him, Michel Camilo is an irrepressible New World romantic. Both his music and his playing are open faced, generous, and ambitious, full of energy and brash optimism. For Mr. Camilo, the project was all about preserving the freshness and immediacy of Gershwin’s music—no small feat with 95 other musicians playing along. “There’s a certain spontaneity that I wanted to capture in this music. I discussed this with Ernest and the orchestra, and we all went after that magic,” says Mr. Camilo. “I didn’t want it to sound too formal, but instead a little bit wild… With music like this, a performer will often ‘play the ink,’ which means playing the notes that Gershwin wrote for the piano part. But I tried to make it sound like I was improvising by taking some liberties, although I was playing the ink. That was the spirit I was trying to capture.” Would Gershwin approve of a 21st century jazz interpretation of his work? Michel Camilo’s Rhapsody in Blue “is a streetwise approach to Gershwin’s work,” he says. “Respectful but not reverential, exact but also swinging, classical in form but jazz in spirit this is music that would have done Gershwin proud.” 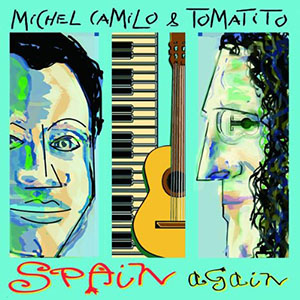 When talents as formidable as Michel Camilo and Tomatito get together to make music it is an event. These two distinct voices from different musical worlds reunite on Spain Again, a scintillating musical conversation between two masters. Mr. Camilo, a brilliant pianist and prolific composer, is renowned for combining rich jazz harmonies with the Caribbean flavors and rhythms of his native Dominican Republic. Discovered at an early age by Paco de Lucía, Tomatito is the premier flamenco guitarist of his generation and has accompanied Spain’s greatest flamenco singers including the legendary Camarón de la Isla. Navigating the boundaries of jazz and flamenco, Michel Camilo and Tomatito create an experience that is both unique and unforgettable.

It’s no exaggeration to say that musically, Mr. Camilo and Tomatito come from two very different worlds. Michel Camilo, who grew up in the Dominican Republic but has lived in and around New York since 1979, is classically-trained as well as a straight-ahead acoustic jazz pianist who incorporates a wide variety of Latin and Caribbean elements and has cited Chick Corea, Keith Jarrett, Oscar Peterson, Bill Evans, and Art Tatum as some of his main influences. Tomatito, however, lives in his native Spain, where he was born into a family of Gypsies and is recognized as one of the country’s top flamenco guitarists. 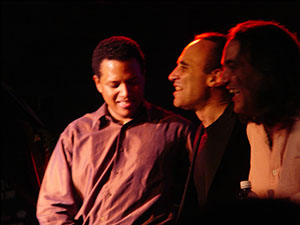 But as different as their backgrounds are, Michel Camilo and Tomatito also have a lot in common. Mr. Camilo loves flamenco, and Tomatito is a major jazz enthusiast. Both appreciate a variety of Latin music—Mr. Camilo’s work, in fact, has underscored his love of Afro-Caribbean music, as well as Spanish flamenco, Afro-Cuban salsa, Dominican merengue, Brazilian samba, and Argentinean tango.

Michel Camilo and Tomatito have known each other since the early 1990s, when they met in Spain at a recording session for the Nuevo flamenco group Ketama. They quickly became friends, but didn’t start performing together until 1997, when the Barcelona Jazz Festival asked them to perform a duet tribute to the late Spanish hard bop pianist Tete Montoliu. With over 40 concerts performed together by the summer of 1999, a studio album was inevitable. So, in August of that year, they traveled to a studio in Stamford, Connecticut to record Spain. Putting these two instrumentalists together created an intimate duo that has been an exciting experience for both of them. Throughout the album, Mr. Camilo and Tomatito enjoyed an undeniably strong rapport. 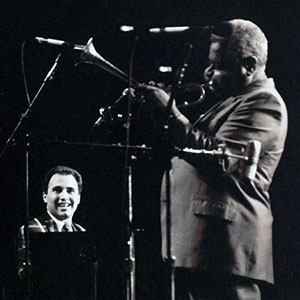 The New York Times critic Jon Pareles wrote of their Carnegie Hall performance: “the two musicians set out luminous melodies and surrounded them with arpeggios or darting guitar lines, so that each phrase spawned ripples like a pebble dropped in a still pond. Together the duo found an elusive grace.”

In July 2005 the North Sea Jazz Festival in The Netherlands invited them to perform an exclusive sold-out concert and after this wonderful reunion they both agreed it was time to explore the second chapter of their shared musical adventure. It was their close friend and filmmaker Fernando Trueba who gave them the title for the new album: Spain Again. The album marks the reunion of two good friends who decided to play together, see how far they could take it and see how much they could discover about themselves. The new album includes their original compositions, a Tribute to Piazzolla, jazz standards and a special collaboration with award-winning singer/songwriter Juan Luis Guerra.

Pianist Michel Camilo, whose career spans three decades, two hemispheres and a range of jazz and classical styles, understands the importance of living in the moment. Since joining the Telarc label with the 2001 release of Triangulo, he has crafted brilliant recordings in the trio, solo and orchestral settings. Each of them has captured the essence and spirit of this ever-evolving artist at various points along his creative journey.