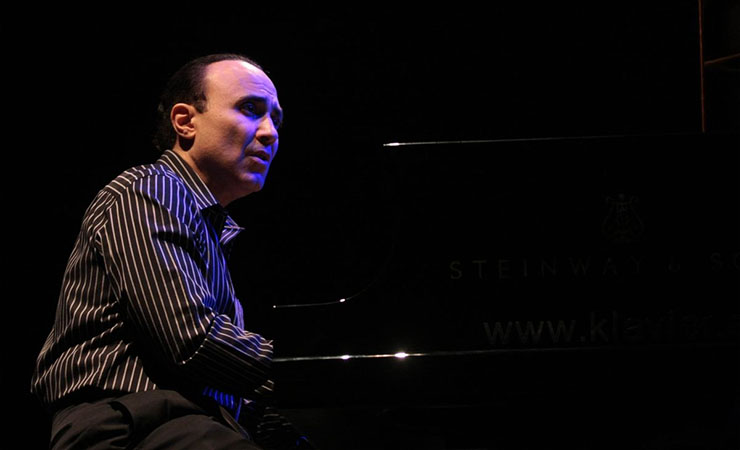 What followed next was not merely an explosive album, but one that garnered critical acclaim as it came closer to forming that classic trio Camilo ended up with: which included the bassist Charles Flores and Horacio “El Negro” Hernandez. The album was the first full-length live album on the Telarc label. Live at the Blue Note became the most well-known album Mr. Camilo made in a long, long time. Hailed by jazz and classical connoisseur’s alike, piano virtuoso Michel Camilo is also one of the most prominent figures in Latin jazz. In a recording career that spans nearly two decades, Live at the Blue Note is Camilo’s first live album and his first recording with a Cuban rhythm section. Released on August 26, 2003, this two-CD set offers a mix of mostly Camilo compositions, played with gusto by bassist Charles Flores and Mr. Camilo’s long time drummer Horacio “El Negro” Hernandez. 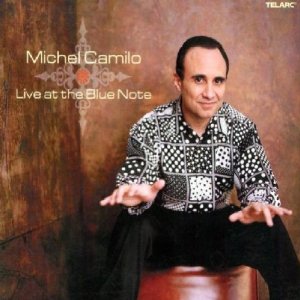 Recorded at the Blue Note on March 19-22, 2003, Mr. Camilo’s second Telarc disc includes a batch of new tunes that hadn’t been performed live until the week-long engagement began. “I write pretty nuanced charts,” the pianist/composer says. “We do extended versions of the songs. We get into it and let ourselves go. We want to get that energy out there.”

The results are stunning – impressively so in pieces such as “Cocowalk,” the spirited opening track, and “Why Not!” one of Michel Camilo’s signature tunes. Song after song, Live at the Blue Note dazzles as sixteen Michel Camilo originals join two well-chosen covers (Chuck Rio’s “Tequila,” and a medley of “Happy Birthday” and Kenny Dorham’s “Blue Bossa”). The album glides between understated soulfulness (“Two of a Kind,” “The Magic in You,” “Twilight Glow” and “Silent Talk”) and driving power (“Dichotomy,” “This Way Out,” “At Night” and “See You Later”).

Boasting “lightning-quick virtuosity and deep-rooted soul” (NY Newsday), Dominican-born Michel Camilo is one of the most riveting performers in jazz today – as immortalized by his blazing performance in the film Calle 54. An innovator of the highest order, Mr. Camilo regards himself as a Renaissance man, and for good reason. Although a jazz player first and foremost, he’s clearly not afraid of developing a reputation as one who breaks the rules. 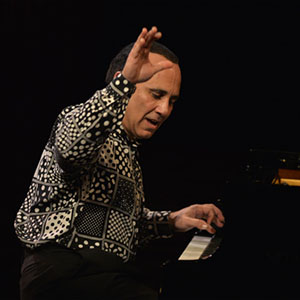 As Billboard wrote of Triangulo, his critically acclaimed 2002 Telarc debut: “Mr. Camilo’s pianism is remarkable, not only where technique is concerned, but moreover, for the range and beauty of his sound.” In April 2003, Mr. Camilo was appointed Herb Alpert Visiting Professor at Berklee College of Music in Boston. Earlier that year, Triangulo, which featured Anthony Jackson on bass and Horacio “El Negro” Hernandez on drums, was nominated for Best Jazz Instrumental Album at the Grammy Awards and Best Latin Jazz Album at the Billboard Latin Music Awards. Michel Camilo’s Live at the Blue Note is another superb display from a remarkable artist at the peak of his powers.

It would have been hard to resist the solo project for that long, but there were miles to go before the proverbial sleep, before that, however, the solo project was born and was simply entitled Solo (Telarc, 2005). The concept upon which the collection is built – the map, as Michel Camilo puts it – is to balance three different universes. By giving equal representation to music from Brazil, jazz-related standards, and his own original compositions, Mr. Camilo created an interwoven trilogy that yields his own distinct profile.

Well-known for his fiery style and intimate familiarity with a vast range of jazz and Latin idioms, Grammy winner Michel Camilo has always had a sense of musical adventure, and his third Telarc release is no exception. Critics everywhere have praised the Dominican jazz pianist’s talents as a composer and arranger, but Solo showcased him as a performer. Although Mr. Camilo had been honing the concept for seven years, this was his first solo album and marked a major milestone in his career. “It certainly took me a long time to go into the studio and record this album,” Mr. Camilo said. “Since I wanted it to be a deep personal statement that would reflect on some of my musical influences, as well as the exotic colors, textures and nuances (I worked on it for many years) something I have rarely done, but which I have been developing here into my piano playing for the last several years.” 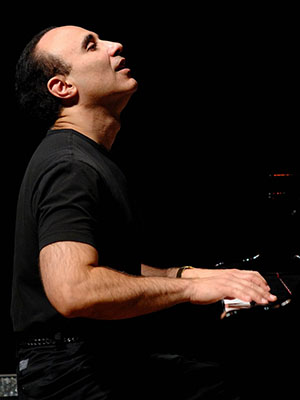 Produced by Mr. Camilo and recorded at Avatar Studios in New York in May 2004 without any overdubs, the 12 tracks on Solo are organized as a trilogy spotlighting four Brazilian gems (Francis Hime’s “Minha” and “Atrás Da Porta,” along with Antonio Carlos Jobim’s “Luiza” and “Corcovado”), four jazz standards (“The Frim-Fram Sauce,” Monk’s “‘Round Midnight,” Gershwin’s “Our Love Is Here To Stay,” and “Someone To Watch Over Me”), and three new Mr. Camilo originals. The album closes with a reworking of the pianist/composer’s popular “Suntan”. I think of this album as a trilogy,” added Michel Camilo. “With three musical worlds which are close to my heart equally represented and at the same time each song telling a story that I hope will touch the listener in a special way.”

It was not long before Mr. Camilo returned to the orchestra to support his piano. This time however, he decided that he would be paying homage to someone to whom homage was long overdue—at least from him, who had played “Summertime” many times over. Classy and nostalgic as ever, Michel Camilo’s Rhapsody in Blue has a new flavor, thanks to the master pianist’s signature style—equal parts fiery, creative abandon and meticulous, technical precision. While the earliest roots of jazz run deep in the African American blues experience, the music would not be what it is today if not for the vast wave of immigrants who grafted their musical and cultural sensibilities to the burgeoning art form during the early decades of the 20th century. One of the most important names in this early chapter of the jazz story is George Gershwin. Born to immigrant parents in Brooklyn, NY, in 1898, Gershwin’s deep European roots enabled him to marry the Old World with the New and redefine American jazz in a way that no musician had ever done before.

Fast forward several decades to the late 1970s, when Michel Camilo, a young pianist from the Dominican Republic, arrived in that same culturally vibrant New York that welcomed Gershwin’s parents in the late 1800s. Michel Camilo’s career-long love affair with American jazz in general and Gershwin in particular is at the heart of Rhapsody in Blue. The album pays homage to Gershwin with the help of the 95-piece Barcelona Symphony Orchestra (Orquestra Simfònica de Barcelona i Nacional de Catalunya), conducted by Ernest Martinez Izquierdo.