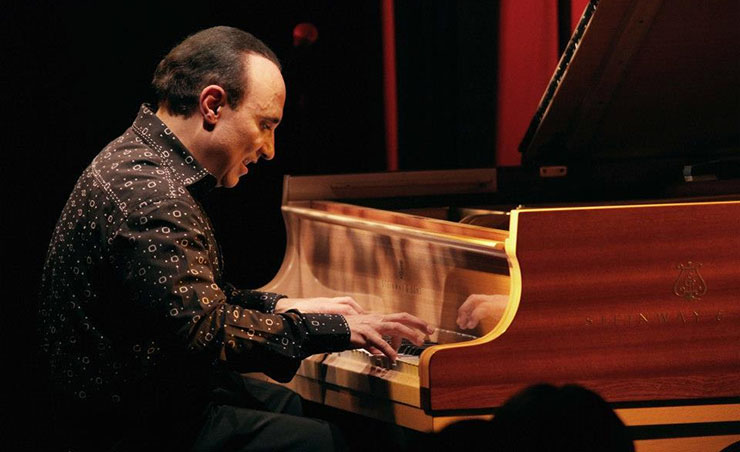 But there were several projects that needed to be completed first. Most notable among them was the trio recording with Anthony Jackson on bass and Dave Weckl on drums, 1993 record: Rendezvous (Columbia). This Columbia debut turned out to be a capital success. There is a kind of poetic symmetry in the album’s title, which, in a word, sums up the convergence of a myriad of ideas in a succinct musical collaboration. 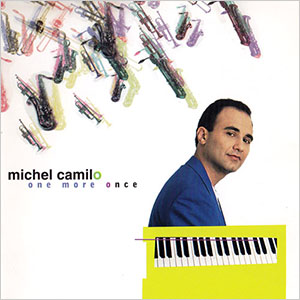 The energy and synergy of this trio are immediately apparent on the album’s opening track. The musicians also spend a great deal of energy dancing through the Brasilian Baião rhythm, the Caribbean montuno with all the suavidad of mambo. Michel Camilo also draws up an impressive array of rhythmic motifs and intervallic devices. “El Realejo,” is a classic example of this wonderful spirit of adventure, a rollicking Bulería from Spain. The inevitable Big Band recording of One More Once came a year later. Not only was Michel Camilo at a most prolific time in his career, but he was also pushing the barriers of musical shape and form wider and wider. The project was so attractive that big names such as saxophonists Paquito D’Rivera, Craig Handy and Gary Smulyan, trumpeters John Faddis and Brian Lynch, trombonists Dave Bergeron, Conrad Herwig and Douglas Purviance, guitarist Chuck Loeb, percussionist Giovanni Hidalgo and bassist Anthony Jackson had signed on for this project. The playing is marvelous. The band is always playing in the pocket and Michel Camilo, of course soars above everyone else, especially in his lifelong endeavour, his beloved “Suite Sandrine III”. A short time later this album was followed by Thru My Eyes (Tropijazz, 1997). On this recording Michel Camilo reconstructed a dozen Latin-tinged jazz classics using four different trio combinations. “The title is Thru My Eyes, he says, “because it’s the way I see these songs today. I grew up with most of them, and they inspired my jazz writing and playing in one way or another. I picked standards that were not necessarily written by Hispanic people but that had a Latin flavor either in the groove or the melody. 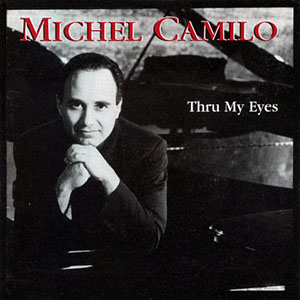 “Basically, I tried to make my own versions, although sometimes I stayed closer to certain previous ones that I always loved. I stretched out here and there, on some more than the others. Sometimes I reinterpreted the songs really far from the version that inspired me, still referring to the original groove, but taking it somewhere else.”

Michel Camilo’s complex, almost orchestral trio arrangements demand the highest level of musicianship from his virtuoso accompanists. Anthony Jackson, a member of Mr. Camilo’s original trio, is a master of the six-stringed contrabass guitar, an instrument he designed himself. Lincoln Goines, who played on Mr. Camilo’s first major-label album, is featured here on acoustic bass, as well as bassist John Patitucci, who achieved fame in Chick Corea’s trio, and appears for the first time with Michel. Drummer Cliff Almond is a frequent Camilo recording partner because of his understanding of both the Latin and jazz traditions. And Cuban drum prodigy Horacio “El Negro” Hernández supplies Latin percussion effects as well as straight-ahead rhythms. “His drum set includes bongos and timbales, and he’s got three cowbells and four wood blocks,” Camilo explains. “It’s a special sound that he’s developed for this recording”.
The album opens with the standard “Poinciana”, adapted from a recording by piano-trio pioneer Ahmad Jamal. “This one is the closest to a previous version, kind of a remake” says Mr. Camilo. “Still, I played the melody with a slightly different groove on my left hand, but still linked it to Ahmad’s original because harmonically he has been a big influence. I played a solo on the song and told Cliff to give me a more modern drum beat, but I wanted to be cool with this one and keep the mood intact.” 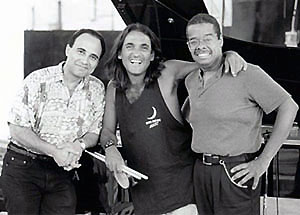 “Perdido”, a Duke Ellington classic, was actually co-written by Ellington’s Puerto Rican trombonist, Juan Tizol. “I got inspired by Duke’s big band version,” says Mr. Camilo, “but I tried to apply it to the trio, so it sounds like a mini-big band. The voicings are as if I were writing for horns. It’s all arranged like a tight swinging ensemble, with a Latin beat underpinning the melody.” Although “Watermelon Man” was a huge hit for Mongo Santamaria, it was written and first recorded by Herbie Hancock. “My version is closer to Herbie’s, but the challenge was to play the groove on the left hand and keep the loose melody on the right at the same time,” Michel Camilo says. “I played the solo from the blues side.”

With Patitucci and Hernandez, Michel Camilo turns Dizzy Gillespie’s “A Night In Tunisia” into a three-way “tour-de-force”. “Dizzy had done different versions of this tune,” he says, “and before he passed away, he was playing a slower version with the melody stretched out. So I was inspired by this later one, stretching some of the melody but preserving the original fast tempo.” The same trio turns Horace Silver’s trademark “Song For My Father” into a jazz “guajira”. “I wanted it to be introspective,” says Camilo, “with a moody flavor.”

“Chick Corea’s ‘Armando’s Rhumba’ always attracted me, because of its romantic side,” says Mr. Camilo, “although his version was flamenco oriented, I tried to emphasize more of the Latin side by displacing the rhythm of the original melody to fit the ‘clave’.” Mr. Camilo plays the calypso theme of Sonny Rollins’ “St. Thomas” to a Puerto Rican “bomba” beat. “I thought of a party in a town square,” he says, “where just one person (my right hand) starts the party, then everybody joins in and the whole thing keeps on growing until it’s like a big party scene.” 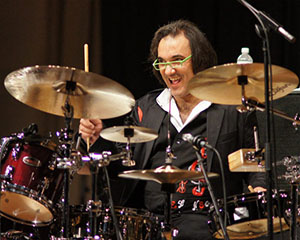 Mr. Camilo’s radical rearrangement of Tito Puente’s “Oye Como Va” with holds the familiar theme until the very end, while teasing the listener with quotes from other tunes. “People would never expect the song to go so far out harmonically,” says Mr. Camilo, “but it does.” His bluesy rendition of Mongo Santamaria’s “Afro Blue” is equally novel. “Where there was an eight-bar vamp in the middle of the song,” he says, “I went into an African chant in 9/8 instead, a lament which piano and bass play in unison. It’s almost like a meditation on the song -very cool and very deep.”

“Mambo Inn” was written by Mario Bauzá for the Machito orchestra, but Camilo got the idea to record it from George Benson and McCoy Tyner’s version. “It’s a totally different arrangement,” he says, “with an intro rhythm based on the carnival beat of Santiago de Cuba. Then, for the melody I used a songo beat.” Charlie Parker’s “My Little Suede Shoes” is perhaps the least familiar tune on the album. “Bird based the melody on a cha-cha beat,” says Mr. Camilo, “and I wanted to preserve that flavor, but the arrangement has kind of a tongue-in-cheek flavor, like an inside joke with a subtle touch.”

The album concludes with Dizzy Gillespie and Chano Pozo’s Latin-jazz landmark Manteca. “This was the biggest technical challenge for me on the album,” says Mr. Camilo, “how to apply the big band arrangement of the original version to the piano. When we were in the studio, my musicians said, ‘What you really wrote is a suite based on Manteca,’ since it goes so many different places. But what I wanted was to explore the different sides of Manteca, from Chico Farrill’s original arrangement, to the version I played way back when I was a sideman with Paquito D’Rivera.”