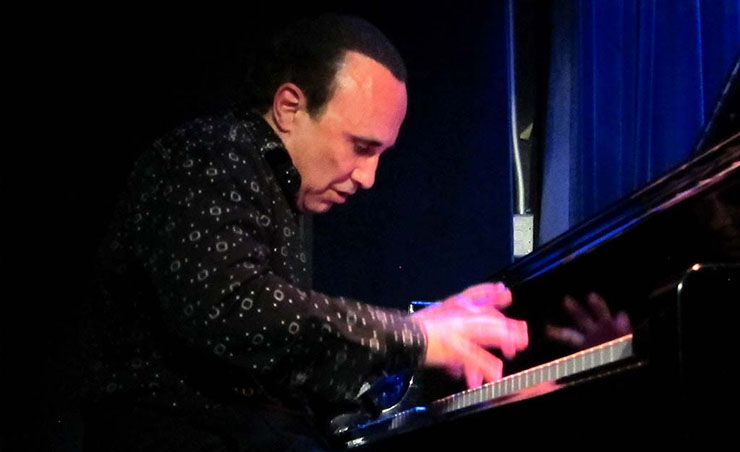 Mr. Camilo had recorded solo once before in 2005. But he rarely performed solo and this album, What’s Up? made in 2012 was, somehow, very different from the one recorded seven years earlier and simply called Solo. The impish name of his album–What’s Up?— would seem to suggest that Michel Camilo is having more fun on his second solo album than he did on his first one. However there was much more to the album than a mere frolic on the grandest keyboard in music. Mr. Camilo is a complex character and while he is a showman and a thrilling virtuoso who likes to dazzle audiences with his extraordinary technique, his artistry comes from a deep, almost brooding musical intellect and he is as often profoundly soulful. As a result Mr. Camilo’s music can be intricate, soaking in emotion and often extremely philosophical as well. This is part of Mr. Camilo’s appeal whether he is playing in large and small ensembles—as he displayed on his recent album, Mano a Mano as well as other albums he has released in the past. 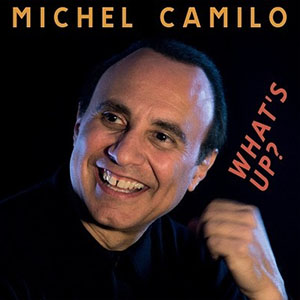 This chameleon-like aspect of his personality is thrown into sharper focus when Mr. Camilo is alone with his instrument of choice: the magnificent grand piano. For this is when his right and left hands become animated; seeming to be, at once, separate parts of his body as well as extensions of a nervous system controlled by an enormous and fertile brain that it seems to act in consonance with his entire body. Mr. Camilo’s right hand is thus capable of slow, deliberate dalliances with notes that seem to suggest great and sentimental thoughts and emotions. At times like this Mr. Camilo might seem to play just a few notes and these will convey a series of interactions between characters in a beautiful narrative. At other times he might play a filigreed passage, complete with astounding runs and almost gymnastic arpeggios to suggest the mere instant of a dramatic pirouette between dancers in his musical drama. At all times his left hand maintains a sensational harmonic and rhythmic balance with his melodic theatrics. Astonishingly his left hand appears to work independently of his right hand and yet plays not only what is essential to the beauty of the piece he is playing but also to create ingenious contrapuntal music. In this regard Michel Camilo is quite unique. 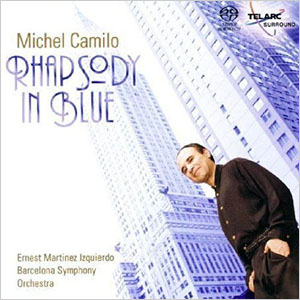 The preparation for this album began a long time ago, before even the 2005 Solo album, on 1990’s On the Other Hand as a matter of fact. Often the impulse to adorn one’s own music comes in the form of an elaborate search for the Holy Grail of music, exclusive to each musician, most certainly to every pianist who almost always dreams of performing, or making a recording in solitary splendour. And often this is prompted by music made in a somewhat larger setting. For Michel Camilo this happened with a series of records beginning with On the Other Hand in 1990 and ends with Solo, followed by another ambitious project, the Gershwin tribute, 2006’s Rhapsody in Blue, a solo piano performance, but then it is also played with the assistance of the Barcelona Symphony Orchestra. Sometimes taking a detour is necessary, to examine the possibility of employing a broader palette of sound and playing around to discover a greater complex of the timbre of brass and woodwinds; playing around with this and a more challenging series of arrangements. That opportunity came with On the Other Hand. Once again, Michel Camilo wrote a more elaborate piece, “Silent Suite” and first put himself through the paces of the various movements. The textures of his music became softer, almost as if the lights were turned down sensuously low. Mr. Camilo also featured lyrics by Julie Eigenberg on “Forbidden Fruit,” a song sung by D. K. Dyson—a rarity on a Michel Camilo recording. But the centrepiece of the album was clearly the third part of his continuing “Suite Sandrine III,” a suite that clearly pays homage to his Dominican roots. Its sassy rolls and skipping rhythm are reminiscent of the water lapping on the Caribbean shores of the Dominican Republic. Raw trumpet soli interspersed with unison work led by the pianist portend for a rather important work and it is always hoped that one day Michel Camilo will put this all together in a major work on the record it so richly deserves. For now, however, Mr. Camilo strives to bring his trio music to fruition. 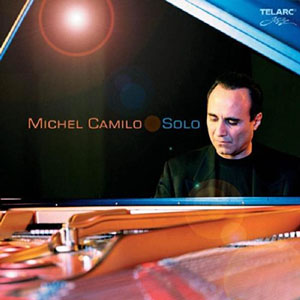 Solo, the 2005 version of the solitary piano performance was a big step for the pianist. He got rid of the safety net and, playing without the benefit of bass and drums, decided to go it alone. The music on this album is decidedly inward looking. Even in the most breathtakingly sweeping arpeggios that flow from the hands of the pianist, it is obvious that Mr. Camilo has the “fingers” of his proverbial hand on the pulse of his heart. Some of the arrangements seem simple; stripped down stride piano versions of the songs—as “Our Love is Here to Stay” is. But then there are the sweeping charts that flow outward, like oceans of sound. “A Dream” and “Minha” are two such songs. Others are seemingly steeped in thought and here the pianist drifts towards the melancholic. But then the focus of the album never changes. It is solicitous and expressly intended to showcase the pianism of Michel Camilo. It is a musical set played in solitary splendour. Alone with his grand piano, a pianist is often challenged beyond belief. Often her looks up from his score sheet—sometimes for approval of a phrase or a musical metaphor—and there is no one there. This is the reality of solo work with any instrument, but when the piano is involved, somehow the stakes seem a lot higher. Michel Camilo was well prepared for this, it would appear.