The hot wind of Santo Domingo carries the spectral beat of the tambora beating a kind of 2/4 tattoo regaling an ululating diatonic accordion; somewhere a dance troupe is rehearsing a merengue. Actually there are several overlapping beats. Something like a whisper of guïra seems to turn the bend of a street. It is even more distant than it first appears to be. It seems to come from the east, then the west, but then it becomes obvious that not only from there but everywhere. It is a Friday night and there is merengue everywhere. Some folks are off from work late and they are so taken by the beat that the wind carries that they seem to skip to the merengue as well as of other swings of delight. There is also the sound of brass and woodwinds: jazz, for sure. But there is also rock and almost every American rhythmic idiom from the mainland USA that seems to ululate in the gentle breezes. The hot bewitching wind is rising. The night is roaring to life. The ribald lasciviousness that began in Santiago and Cibaeño crept insidiously in to urban Santo Domingo, displacing the chaste tumba more than two centuries ago. Today, however, the impending weekend would not be the same without such revelry. God is in his Heaven and all is well with the world it seems. Somewhere in this vast melange, Michel Camilo was, however, dreaming of a landscape that stretched further and wider than the Dominican Republic. He was dreaming of New York, to be precise, where he could express himself in the idiom of Jazz. 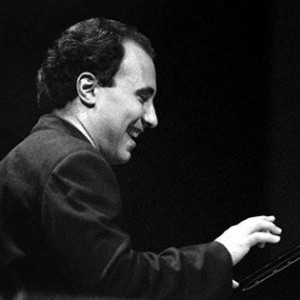 Michel Camilo is something of an anomaly in music. He plays with an almighty swing and the swagger in his expression informs both right and left hands. His use of dynamics suggest classical training and beyond that, a rare and singular talent. Mr. Camilo seems to toy with notes and intervals. His sonic dalliances suggest a kind of magical touch that only the upper echelon of keyboard artists have, or can boast of. His singular approach is tantalising. Phrases are dapples with dazzling runs and vaunted arpeggios. Sometimes Mr. Camilo will angle his arched fingers, striking keys with a sprightly staccato that enlivens the colours of the notes. At other times he may come down on those notes with a perfect curvature of the fingers and a forthright thrust only to—with splayed hands—blur the edges of the notes, making for a bewitching array of hues and timbres that are melded into the fine gold mined by Giovanni Hidalgo on his array of congas as he plays indigo blue “The Sidewinder,” while Charles Flores plays plump and curved notes on his burnished bass violin. Michel Camilo exhibited a very early talent for playing with such finesse and maturity. 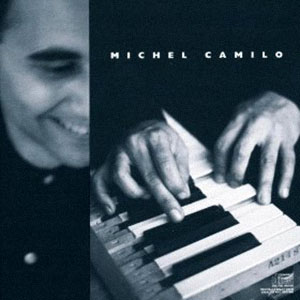 He had made an auspicious debut just three years earlier with a trio at the Carnegie Hall. Thereafter Mr. Camilo became a prominent figure performing regularly in the United States, the Caribbean, Japan and Europe. In December 1987 he distinguished himself by marking his debut as a classical conductor when the National Symphony Orchestra of the Dominican Republic invited him to conduct a recital featuring the works of Rimsky-Korsakov, Beethoven, Dvorak and Mr. Camilo’s own composition, The Goodwill Games Theme, which won an Emmy Award. That year, he became the musical director of the Heineken Jazz Festival in his native Dominican Republic, a post he held through 1992. It seems as if Michel Camilo arrived on the scene fully formed as a pianist and musician. A very early recording of his entitled Michel Camilo (Portrait/CBS, 1988) shows his splendid mastery of the piano. The album, which also included Dave Weckl and Joel Rosenblatt on drums, Marc Johnson and Lincoln Goines on bass and the great Mongo Santamaria on “Blue Bossa”, was an instant success and earned the pianist a ten-consecutive spot on the Billboard charts. However it was not so much this accolade that created the stir for Mr. Camilo; rather it was his spectacular command of the keyboard that made listeners hearts skip a beat.

The music was written and performed in the idiom of jazz and carried with it Afro-Caribbean inflections. That, however, was only part of the story. Mr. Camilo, who had admitted to being fascinated by Scott Joplin and Art Tatum, displayed something of the majesty of those pianists and composers. His dazzling runs and arpeggios, featuring both left and right hands suggested some Art Tatum-like sleight of hand and pianistic trickery. His masterly version of “Blue Bossa,” with Mongo Santamaria and the song that followed: “Caribe” featured some old stride playing with touches of Mr. Tatum flavouring those fleeting runs and flying glissandi. Even though the song was played in an Afro-Caribbean rhythmic pattern, reminiscent of a glittering merengue, Mr. Camilo had introduced his singular voice to the world. His vivid Dominican nature was the dominant part of his pianist style, but he had the intonations of a classical pianist and he had already mastered the jazz idiom. His extended piece, “Suite Sandrine” was a clear indication that the insularity of the Dominican was being blurred by the melting away of its accents into the elastic imagery of jazz. The phosphorescence of folkloric elements of his music informs his playing and this is what makes its imagery all the more memorable. And yet Mr. Camilo plays with the beguiling mastery of a symphonic pianist. “Nostalgia” is characterised by expansive phrases and lines that rise and fall like oceanic currents becalmed by musicianship that is truly breathtaking. The beauty of Mr. Camilo’s playing drives Marc Johnson and Dave Weckl into an ecstatic realm of playing so much so that their own wizardry is heightened unbelievably on such charts as “Nostalgia,” “Dreamlight” as well as on “Crossroads.”