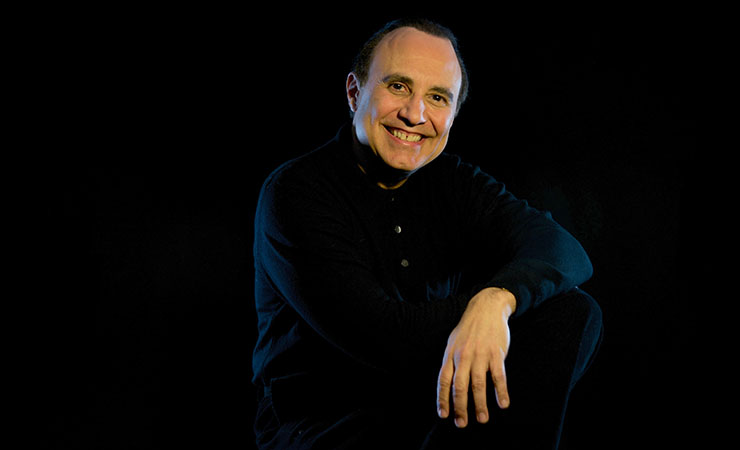 Moreover, the group represents not only a “meeting of the minds, each one of us with a rich musical baggage and our own rhythmic notions” but also, considering Michel Camilo is Dominican, Giovanni Hidalgo is Puerto Rican, and Charles Flores is Cuban, the coming together of three potent Afro-Caribbean musical traditions. With this trio in mind, Michel wrote the original music in the span of one week, last December. “It was a surreal experience,” he recalls. “It was as if everything was ready and it was only a matter of sitting down and letting it flow out. It was truly magical.” 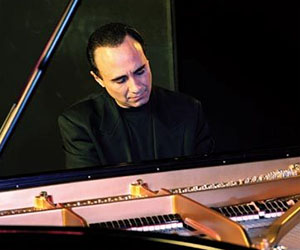 He also decided to include three standards, two from the jazz tradition, the other one a Latin American classic – Lee Morgan’s “The Sidewinder,” John Coltrane’s “Naima,” and Ariel Ramírez’s “Alfonsina y el Mar.” Musically, it’s a demanding repertoire that cuts a wide swath. It includes Latin jazz barnburners (such as “Yes,” and the title track) but also a nod to the sound of boogaloo and the 1960s Latin soul (“The Sidewinder”); a samba-choro (“No Left Turn”), and a sly, neo-traditional rumba (“Rumba Pa’Ti”).

Moreover, in Mano a Mano, Michel Camilo explores two essential popular styles from the Dominican Republic. His take on bachata, a kind of ballad, results in the exquisite “You and Me,” which Michel Camilo calls “a bachata in black tie.” While in “Rice and Beans,” he reworks merengue, a two-step dance style. It’s a first for Michel. “I played it at a rehearsal, just for kicks, as a lark, and everybody jumped in ‘Yes, yes, let’s do that one.’ So it stuck. It’s actually merengue-jazz. It’s in the merengue tradition (and you can feel the typical quintillo, a five-note rhythmic figure, throughout the piece) — but with the type of harmonic changes you find in jazz.”

And just as this trio can groove and dance, “Alfonsina y El Mar,” a song from the Great Latin American Songbook made famous by the late singer Mercedes Sosa, gets here a thoughtful, smart “three-way intimate conversation.” It’s not by chance. For Michel Camilo, Mano a Mano underscores the fact that Latin jazz “is not just a continuous jam session. Yes, we can bring high energy when it’s called for, but we also can be subtle when we need to be.” 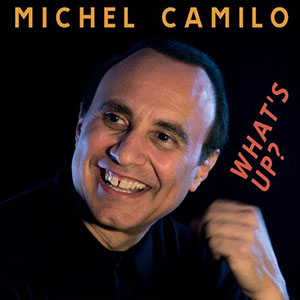 On May 14, 2013, with much pomp and circumstance, Michel Camilo returned to playing solo after almost a decade and a half. OKeh released GRAMMY®, Emmy®, and Latin GRAMMY® Award winning pianist and composer Michel Camilo’s new album, What’s Up?. The project was the Dominican Republic-born musician’s debut for the label, and OKeh’s second overall release as part of the new re-launch initiative via Sony Classical, which focuses on documenting “Global Expressions in Jazz.”

Produced by Michel Camilo and recorded by also GRAMMY® Award winning engineer Phil Magnotti at The Carriage House Studios in Stamford, Connecticut on February 14-15, 2013, the 11 tracks on What’s Up? provide a stunning demonstration of the pianist’s originality, spotlighting seven original compositions and four uniquely re-arranged jazz and Latin standards. Compositions include an intimate rendition of the quintessential “Alone Together”, an exploration of Cole Porter’s “Love For Sale” and a deep soulful re-discovery of Compay Segundo’s “Chan Chan”; as well as in Camilo’s own words, “my take on the perpetual polyrhythmic intricacies of ‘Take Five’ – as a personal nod of admiration and awe to the legacy of legendary master Dave Brubeck.” “I had lots of fun making this new album but it also has been quite an endeavor to take, since one of the biggest challenges for any jazz pianist is to be able to contribute to the rich tradition of solo piano styles,” reflects Mr. Camilo, whose last solo piano project was released in 2005. “This recording expresses my desire to explore the contrasts of color, harmonic texture, rhythm and nuances in jazz piano playing. Here is my love for the many musical influences I have been exposed to over the years.” While What’s Up? is Michel Camilo’s first OKeh release, it does signify his return to the Sony Music Entertainment family, having recorded for Portrait, Epic and Columbia at various points throughout his career that has spanned over three decades (including his 1988 self-titled project on Portrait, which peaked at #1 on the Billboard Jazz Chart). “I am delighted to come back to the Sony Music family where I feel we have done so many wonderful projects together,” said Mr. Camilo. “And now with this solo piano album we are adding a new chapter from my ‘open book of possibilities’ to our long time creative collaboration.”

The reality is far deeper than returning to an old collaboration, however, Mr. Camilo seems alone after the death of Charles Flores. True, his percussionists survive and he has a wide choice there, but somehow, Mr. Flores seemed to be a soul-brother and such a loss is going to be very hard to fill. But Michel Camilo is a resilient artist. He will think of something. Perhaps he will recruit afresh, or even return to the big band—even the orchestral—format. For now, there is silence, but then silence means something is afoot and whatever it is, it is sure to be extremely good.