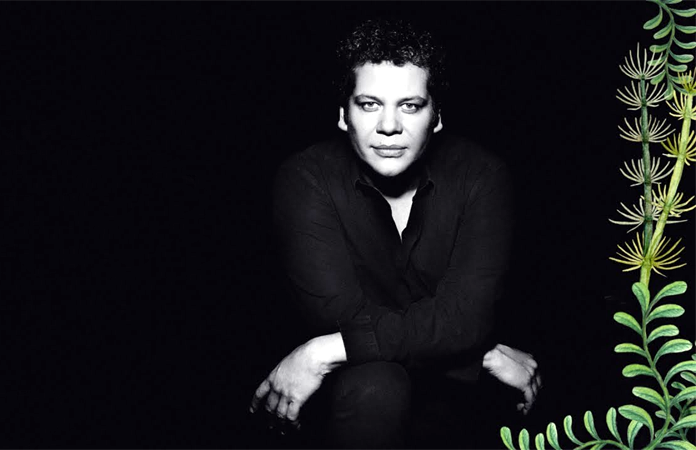 From Valledupar, the cradle of vallenato music, to Rio de Janeiro, where samba carioca was born, Chabuco breaks geographical barriers and seamlessly fuses two musical worlds, making them sound as one. The marriage of those two great traditions, vallenato and samba/bossa nova is a match made in heaven in Encuentro, the newest album of the Colombian artist known as Chabuco.

But who is Chabuco? I confess he was not on my radar until recently, when I watched the beautiful documentary La Guitarra Vuela: Soñando a Paco de Lucía (Flight of the Guitar: Dreaming of Paco De Lucía). Even though we are now more connected than ever through the technological marvel of the internet, sometimes living in the northern part of the American continent (Toronto, Canada in my case) we tend to miss some great artists from the south. But this new album, Encuentro, will surely give Chabuco the exposure he well deserves, not only throughout America but throughout the world indeed.

José Darío Martínez Acosta, better known as Chabuco, is a singer, composer, musician and producer who was born in Valledupar, Colombia. His father, extraordinary guitarist Hugues Martínez, is a living legend of the coastal folklore in the region. Chabuco was raised surrounded by art and artists: musicians, composers, painters. At an early age he started playing guitar, accordion, percussion, and developing his own voice. Joining the band “Los Pelaos” in Bogotá was an important step in his career, touring internationally throughout Europe, Latin America and Unites States.

Chabuco started his solo career after separating from Los Pelaos in 2000. He released his first album, Morirme de Amor with Cuban composer and producer Alfredo Nodarse in 2002. A project not so successful commercially speaking, it delightfully fused vallenato music with the Afro-Caribbean rhythms of the largest island of the Greater Antilles, Cuba. In 2008, Chabuco’s second album, Nació mi Poesía saw the light. This time he teamed up with Colombian musician Nicolás De Los Ríos. Both represented a new generation of vallenato interpreters that took a new, modern approach, mixing different Latin rhythms and giving a modern twist to the genre. Two years after, in 2010, Clásicos Café La Bolsa came out. A compilation of traditional vallenatos recorded as a tribute to a historic place in Valledupar where great musicians used to meet and play, the likes of Rafael Escalona, ‘Colacho’ Mendoza, the Zuleta, Lorenzo Morales and Hugues Martínez, Chabuco’s father. On this album, we find Chabuco mixing vallenato with boleros and jazz in a very fine way. It was greatly accepted by avid listeners of his musical experimentation, and won him numerous new fans. And then in 2013 De Ida Y Vuelta was released to great acclaim. A very successful project recorded in Madrid, Barcelona and Los Angeles and produced by José Miguel (Josemi) Carmona, ex-member of the new flamenco group Ketama. The fusion of flamenco, jazz with vallenato was magnificent. Some of the great artists who participated on this album were Kike Purizaga, Diego Valdéz, Carlos Huertas, Horacio ‘El negro Hernández’ and Israel Suárez ‘Piraña’.

10 songs make for a short programme that makes you keep asking for more after only 33 minutes of magnificent renditions, but it doesn’t demerit the impact the music and the beautiful arrangements have on the listener. Every song is a hit, beginning to end. “Amor Comprado” (Armando Zabaleta); “La Casa en el Aire” (Rafael Escalona); “Ausencia” (Santander Durán Escalona); “Amor Sensible” (Freddy Molina); “El Cantor de Fonseca” (Carlos Enrique Huertas) and “El Almirante Padilla” (Rafael Escalona) are true anthems of the Colombian vallenato songbook, and Chabuco and Swami Jr. infuse them with new life for the enjoyment of lovers of both, Colombian and Brasilian musical traditions.

Everyone will have her/his favourite tunes on this album, mine are: “Amor Comprado”, that sets the most relaxing mood from the very first note on this encounter; “Besito de Agua”, so full of magical imagery and Colombian landscapes; “Margarita”, a love song dedicated to the woman of every man’s fantasy in all of her arresting beauty; “La Casa en el Aire”, one of the most striking vallenato tunes full of magical realism. I simply adore this new version. “Ausencia” makes for a glorius duet, Chabuco and Alejandro Sanz, with his characteristic, raspy voice and “Muñeca de Porcelana”, a beautiful ballad that sounds so romantic and enchanting on this new version.

The musicians on this recording deserve more than a big round of applause for their talent, their flawless performances and contributions that make of this album a precious object that music lovers will surely hold dear to their hearts.