Since its inception in the local music circuit in 2002, Lula Lounge, a club with a vision, has become one of the most important hubs for Latin and World music, jazz, Latin jazz and Afro-Cuban artists in Toronto. It has become as well the place to be for a growing audience of music lovers with a taste for global rhythms from all over the planet.

May in Toronto is the month of Lulaworld. This year, the popular festival celebrated the 11th anniversary of the opening of Lula Lounge. For three weeks, from May 10 to 31, Lula Music and Arts Centre (Lula’s sister cultural organization) presented an eclectic festival with representation of outstanding local and international talent. With a strong emphasis on Latin music, Lulaworld 2013 also showcased a diversity of musical genres that included Ethiopian jazz, soul, reggae, Brazilian, Jewish and classical concerts by artists with musical roots from around the globe. From the opening night, dedicated to Ethiopian jazz, until the closing night, dedicated to the history of Brazilian samba with a special guest dancer/choreographer visiting from Brazil, 16 concerts took place. The participating artists, around 120, represented more than 12 countries. 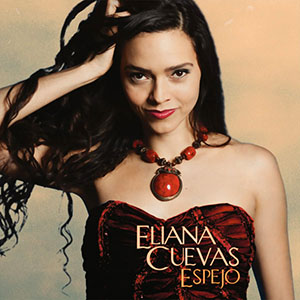 On Wednesday, May 15th, Eliana Cuevas released her new CD entitled Espejo. This is her 4th album, which has been well received by her followers and praised by the local media. Espejo has a distinctive sound that identifies the music of Eliana Cuevas. It blends Latin rhythms, a touch of jazz  and world music  with beautiful, original melodies, intelligent songwriting and a superb job executed by producer and composer Jeremy Ledbetter. About Eliana’s new project our senior writer and Editor, Raul da Gama, says: “It is clear from the music on this album that Ms. Cuevas has matured considerably since her 2002 debut Cohesión... Ms. Cuevas has pushed her skills to the limit… Despite its pop appeal, Espejo is a wonderful revelation of the artistry of Eliana Cuevas. It is indeed a wonderful reflection of her expressive musicality as well as the depth of her spirituality and soulfulness.” Read full review. 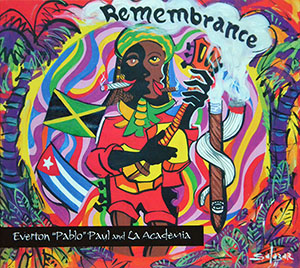 On Thursday, May 16th, drummer Everton “Pablo” Paul & La Academia (a band formed in Havana for this project) released their CD Remembrance. A native of Jamaica who migrated to Toronto in 1965, Everton “Pablo” Paul is well known in the local scene as member and founder of the fabulous reggae band The Cougars. Born from a strong desire to fusion his musical roots with Afro-Cuban music, Remembrance (in Everton’s own words) “is an inventive fusion of indigenous contemporary rhythm patterns from both countries (Cuba and Jamaica), based on the universal songbook of Bob Marley.” Recorded at the Nelson Studio in Havana, Cuba, Remembrance creatively reinvents Bob Marley’s music featuring Everton “Pablo” Paul and La Academia, a group of extremely talented Cuban musicians led by drummer Ruy López Nussa and arranged by musical director Roberto García López. 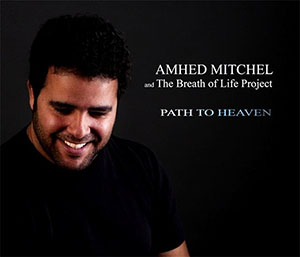 On Friday, May 17th, Cuban drummer and bandleader Amhed Mitchel and The Breath of Life Project released their CD Path to Heaven. With original compositions written and dedicated to the memory of Amhed’s recently deceased father, Jorge Mitchel García, Path to Heaven is a poignant tribute from a loving and grateful son  who honors the career of a great drummer, a friend, and the best teacher one student could ever have: his own father. Mitchel’s octet is integrated by some of Toronto’s most brilliant jazz and Latin players: Elmer Ferrer (guitar), David Restivo (piano), Stan Fomin (accordion), Roberto Riverón (bass), Luis Denis (saxophone), Jorge Luis Torres “Papiosco” (percussion), Pablosky Rosales (tres). Special guests are: Pat Labarbera (soprano sax), Robi Botos (piano) and Cuban trumpet virtuoso, Alexander Brown. This project is the perfect example of the high level of artistic collaboration between musicians from different backgrounds in Canada. A wonderful creative melting pot in the True North strong and free. 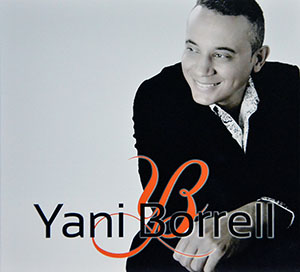 The same evening of May 17th, right after Amhed Mitchel and The Breath of Life Project’s CD release, the talented singer-songwriter and bandleader Yani Borrell released his first recording as a solo artist, simply entitled Yani Borrell. Yani hails from Camagüey, Cuba, where he honed his skills from a very early age. He performed with recognized Cuban bands, including the internationally acclaimed orchestra, Valentín y Los del Caribe. He has become a fixture of the Latin music scene in Toronto since his arrival in 2004. A great improviser and a very energetic performer, Borrell is a crowd pleaser and a favorite on the dance floor. Yani Borrell was recorded in Colombia, produced and arranged by Borrell’s creative partner, the great Roberto Linares-Brown.  The album offers very danceable tunes, original compositions paired with terrific arrangements. 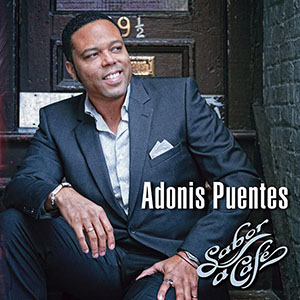 On Saturday, May 25th, singer-songwriter and bandleader Adonis Puentes released his new recording Sabor a Café. One of the lead singers on the acclaimed first CD of José Rizo’s Mongorama ensemble (a tribute project to Master conguero Mongo Santamaría), Puentes is a nominee for both Canada’s Juno and Grammy Awards. Feeling strongly compelled to write about this great project after giving it a first listen, I pointed out that Sabor a Café “was created with a winning formula: original compositions richly imbued with tradition; superb arrangements with an international flavor; a world class band that delivers with great precision; witty, intelligent lyrics inspired by everyday life and by the greatest power of all: Love. Adonis is a gifted vocalist and songwriter, a true sonero with clear intonation and powerful projection. I believe this recording is an award-winning project. Watch out! Adonis Puentes’ time has come.” Read full review.