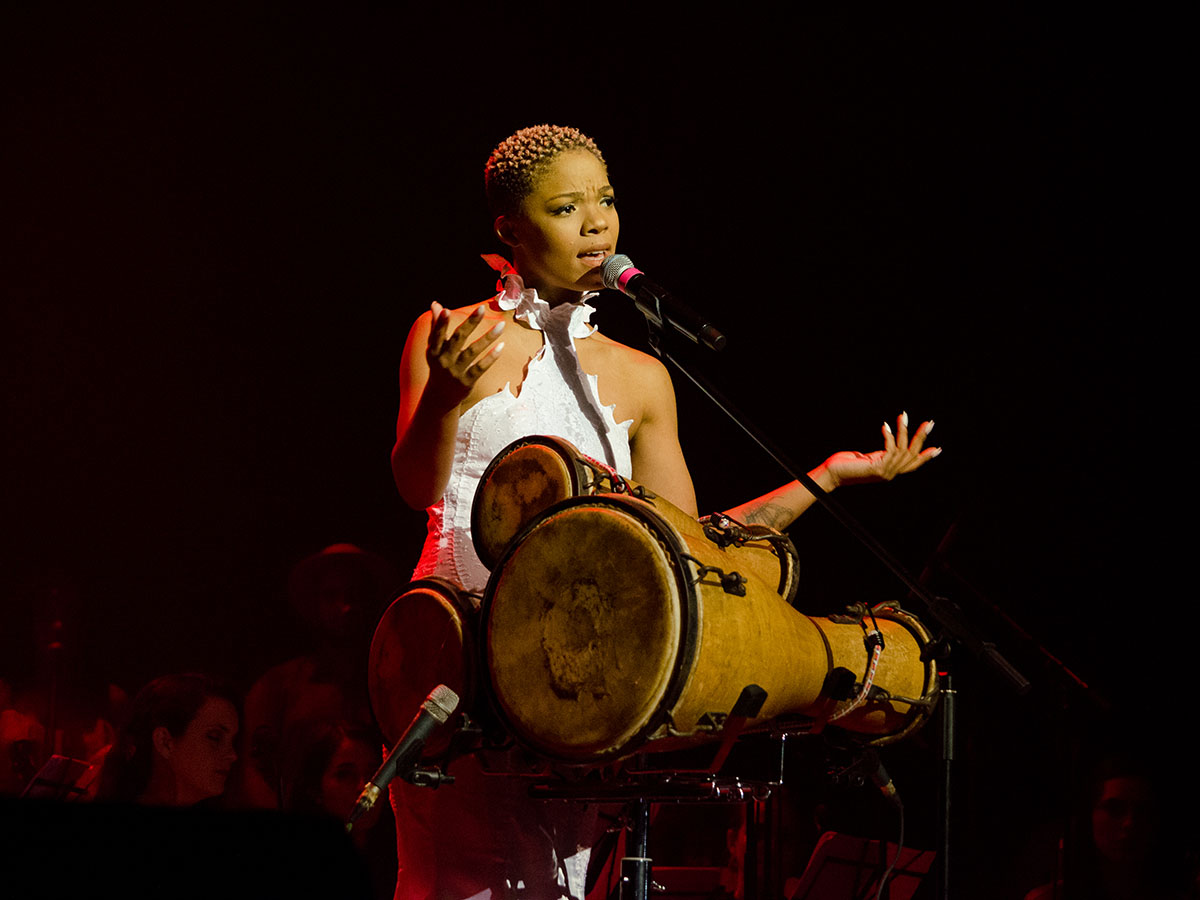 Chapter one of our series: 35th Jazz Plaza International Festival in Havana

Culture – the customs, arts, social institutions, and achievements of a particular nation, people, or other social group – tells us everything about a civilisation. This is true of the culture of a particular moment in time as well as over extended progressions of time; years, decades and especially epochs. The establishment and development of this culture that occurs in an apparently irreversible succession from the past, through the present and into the future also mandates the recording and sharing of these (various) culture(s) resulting in the most essential and memorable progression of human existence and events. And this is something to be celebrated with dedication and precision.

Jazz is an indelible part of Cuban culture because its song of freedom was sung ostensibly from the same score-sheet, so that it is now built into the cultural continuum

The pomp and circumstance at Jazz Plaza 2020 was not the only thing that reminded us to celebrate culture here in Havana, Cuba. Even without a carnival the comparsa is inevitable – almost de rigueur. On the narrow streets in Centro Habana, where we stayed, or in Habana Vieja (Old Havana), which we roamed by day and by night, the noise of music and the music of noise mingled delightfully and memorably. “Mira…” you heard as passersby called each other… The voices of men, women and children often called out loudly to others from the street or across beautiful balconies, atop colonnades and vendors on the street sang out their sales pitches battling manfully with Ladas – old and new – that honked and screamed down the narrow streets.

Peering at the musicians who filled the stage making glorious and thunderous music, batá, tumbadora and drum; bass, saxophone, trumpet and trombone; guitar and piano all battled to sing the song of freedom – the universal song of Jazz, sung here, in Havana in the dialect of Afro-Cubano, if I may be permitted to call it that. And yet it was so much more. Why… you may ask? Why separate it at all? What separates it and what brings all of the songful dialects together?

While the music of tradition belongs often enough (if not always) to a nation and it, of necessity, extols the glory of the Nation in its Nationhood, Jazz has metamorphosed into the music – an endless, evolving song, really – of a humanity free from the tyranny of slavery and oppression as it evolved from The Blues a century or so ago. It is true that Jazz was born of freed slaves, wrenched away from Mother Africa and abducted to The Americas. This diaspora of African slaves, often freed by blood as in Haiti and elsewhere flowered in an unique way.

The most musical expression of this freedom, was the freedom that put on the garb of melody, harmony and, especially rhythm – forever resisting slavery thereafter. While this new freedom, though coloured by its colonialism clothed itself in national culture, Jazz – ever the cultural guerrilla – tore through colonial borders uniting people so that it has now become one of the greatest voices of freedom. It appears to have united the brotherhood of man becoming a freedom best expressed in the Universal Song of Jazz, an expression of the universal culture of humanity in a continual state of redefining the past in the revolutionary present in order to prepare for the future.

You cannot evade “culture” in Cuba. It’s everywhere. Its meaning changes constantly – in every 1950’s American motor car, in the Ladas – old and new. Buildings absorb and radiate it. The people who live in them do too. It lives in the rhythm of their walking, their speaking, singing and because it has borne the enormous weight of the newest colonialism from just 90 miles across the sea, it has throbbed with the music of Jazz for more than a hundred years – almost as long as Jazz itself has lived not far away from its northern shores; from where the ambassadors of the music have broadcast their message of freedom. Jazz is an indelible part of Cuban culture because its song of freedom was sung ostensibly from the same score-sheet, so that it is now built into the cultural continuum.

The nurturing of this continuum and building upon it – sustaining and fortifying it – is what events such as Jazz Plaza 2020 are all about. We saw this especially, in the four-day, XV Coloquio Internacional de Jazz, held at Fábrica de Arte Cubano (FAC) in Havana each day between January 15th and 19th. These events directed and curated by Neris González Bello were among the most edifying and enjoyable events of Jazz Plaza 2020 and with their mixture of panel discussions, presentations, film and musical encounters, were as enjoyable and memorable as the music itself. This Coloquio Internacional de Jazz was also – in a sense – presided over by the ghost of Leonardo Acosta. Though (not so happily) lesser-known as a musician, Acosta was a famous historian and author several books including the seminal one, Cubano Be Cubano Bop – One Hundred Years of Jazz in Cuba, He passed away at 83, in 2016.

Many more celebrations took place at several venues throughout Havana and Santiago de Cuba between January 14th to 19th, one more exciting and unforgettable than the other. More about this – including the explosive inaugural event at Teatro Nacional a bit later…