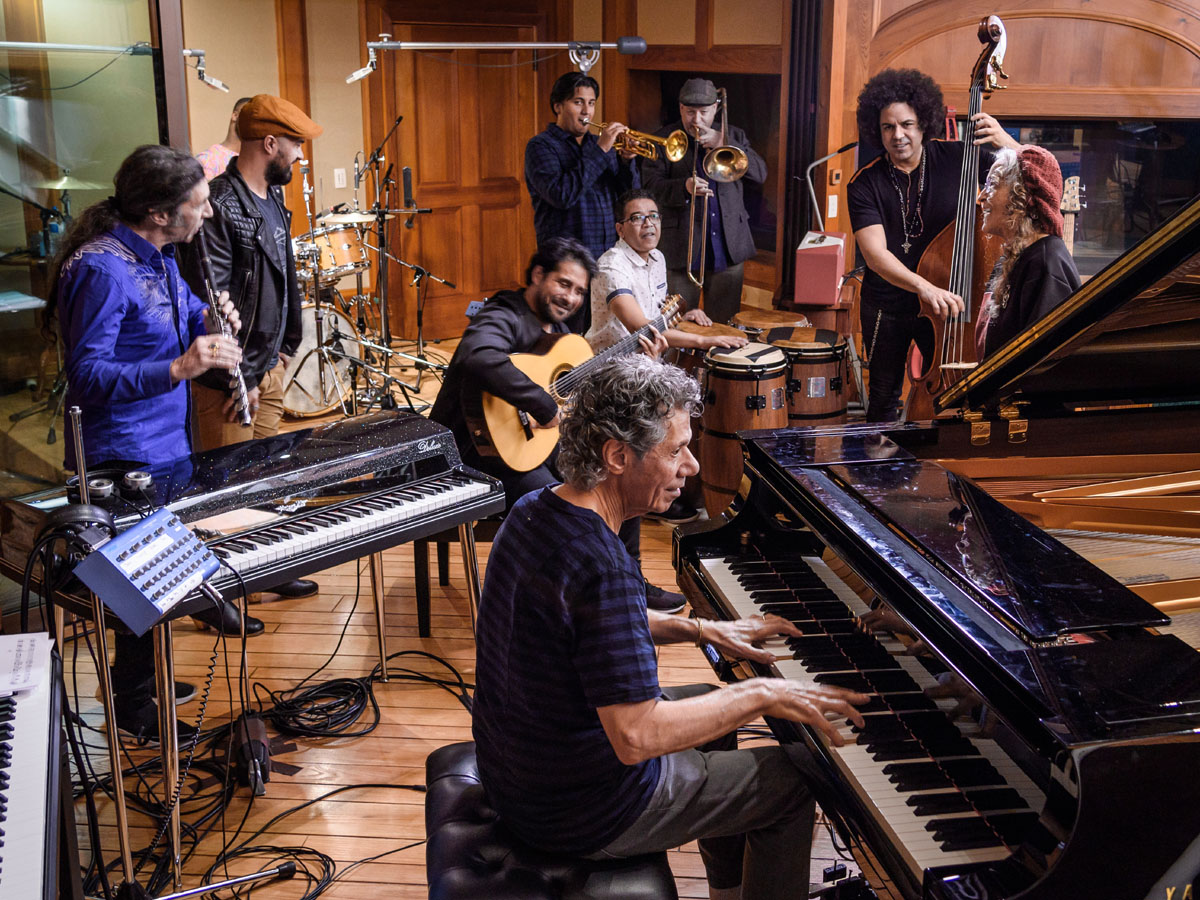 For young, aspiring pianists, Chick Corea and his music might easily be considered “essential study”. His breathtaking oeuvre offers so many pillars – technique, expression and so on – upon which the student of the nineteenth century’s greatest instrument might build his or her own musical edifice. Mr Corea has also created – and continues to create – so much great work in a myriad of styles during his long and distinguished music career that his creations could full a whole library of music (and then some) all on its own. Perhaps the most remarkable aspect of this is that his music continues to remain fresh, informed by something childlike.

With the repertoire of Antidote Chick Corea returns to one of his favourite settings – music ensuing from what he has always suggested was his “Spanish heart” – Mr Corea offers us his latest and, perhaps, most rewarding work. Alternately daring and coy, but always with an awareness of the limitless possibilities of the instrument this is the work of transcendental quality by a pure genius. The music is redolent of a penetrating vision that has surveyed seemingly the whole history not only of the piano, but of music itself. The result is brooding creations; music that rises from the growling bass to the uppermost reaches of the keyboard in a startling flash of inspiration. Then, making one of his balletic leaps of faith, Mr Corea has orchestrated this music for The Spanish Heart Band to play their hearts out song after song after song.

There is a suggestion right from the outset that this music is the Antidote; the magic remedy for the wrong turns that we – humanity – have made throughout our existence. This suggestion comes by way of the lyrics in “Antidote” sung by the iconic Panamanian musician, Rubén Blades as well as later in the lyrics of “My Spanish Heart” – both gorgeous songs that can only be described in the words of Heine: as “the poetry of feeling”. Indeed this kind of depth of feeling pervades the rest of the extraordinary repertoire on this recording. Throughout Mr Corea continues to express his singular musical voice while using the full seven octaves of the piano and its heavily felted hammers to produce music of enormous colour and refined tone.

A particular feature of this music, indeed of all Mr Corea’s music which distinguishes it from the music of most composers of his (or any) generation is that it rarely carries literary, pictorial or biographical significance – his works are to be understood in purely musical terms. Not that this might stop some from finding non-musical meanings in his music; (“Duende” for instance, or even in “My Spanish Heart”). In fact the concentrated and sometimes volatile nature of his imagination – especially in those works – might invite such speculation. However, it is the unique nature of the works that melds melody, harmonic and rhythmic content into a powerful mix that is of greatest significance there; that and the fact that they sound as if they are spontaneous improvisations forced from the unconscious by overwhelming emotion.

As ever too, Mr Corea shows that he has a gift for bringing together musicians to interpret his work with ever-thoughtful inspiration. In this regard, bassist Carlitos Del Puerto joins a long line of great bassists to have played with the pianist – from Miroslav Vitous and John Patitucci to Christian McBride. Marcus Gilmore brings his prodigious melodic and rhythmic genius to the drum chair and the rhythmic department is augmented with the gifts of Luisito Quintero. A powerful horn section comprises trombonist Steve Davis, trumpeter Michael Rodriguez and they are joined by the great saxophonist and flutist Spaniard Jorge Pardo, who is one of three musicians who conjure the ghost of Mr Corea’s great dedicatee – the great Flamenco icon, Paco de Lucía – the other being guitarist Niño Josele – both of whom played with De Lucía at different times in his career. Songs such as “Duende” and “Zyryab” would probably not be the same were it not for Mr Pardo and Mr Josele.

Mr Corea has also included “Armando’s Rhumba” a beautiful song dedicated to his inspirational father on this recording. Among the other noteworthy compositions not written by him are “Zyryab” by Paco de Lucía, “Desafinado” by Tom Jobim and Newton Ferreira de Mendonça, and “Pas de Deux” by Igor Stravinsky. Even without a work by Scriabin (unusual for recent Chick Corea history), Antidote is his most absorbing recordings – well worthy of the Grammy nomination it has received. You will also be mesmerised by the other-worldly vocalastics of Gayle Moran Corea on both parts of “My Spanish Heart”. Maria Bianca delivers a soulful version of “Desafinado” that frees it from the confines of its Bossa Nova tempo in a beautiful new rhythmic interpretation. And the recording ends with a magical arrangement of “Admiration” featuring the hypnotic bailaor de flamenco – Nino de los Reyes as Mr Corea brings down the curtain on his tribute to Paco de Lucía and, of course, the great reveal of Mr Corea’s palpitating Spanish Heart.