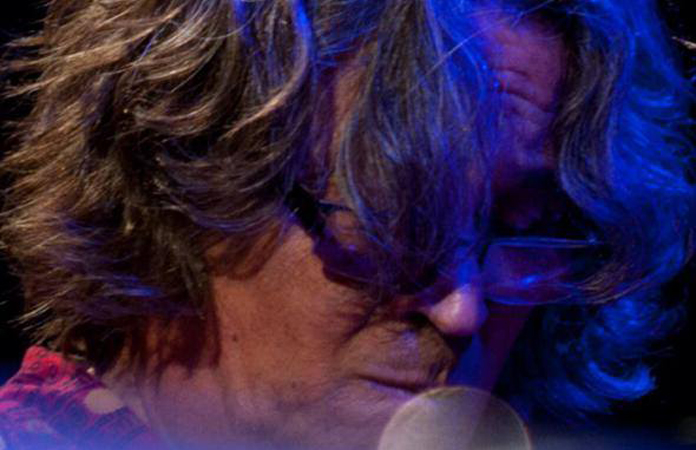 Some twenty-eight minutes into our conversation Chano Domínguez lets me go gently. “Raul, I have to let you go,” he tells me, “But you know I have an appointment with a technician who is coming over to take a look at my piano and I must get ready for him,” he says. I understand, of course. The Piano. His piano; his Steinway Grand must be perfect for he is in the midst of finishing a new work entitled Piano Ibérico, which he will premiere on his North American tour that begins shortly. I am tempted to ask him what this music is all about (he released an album of the same name on Blue Note Records in 2010). But I resist the urge because I want to be surprised by the music itself.

I know that I will because the pianist Chano Domínguez does that with his music even now, even as you’ve come to expect the unexpected from him. when he performs I will watch his body arching this way and that, is like the proverbial toreador, a real-life Escamillo, lips curled into a smile as he silently cries into his keyboard: “Toreador, en garde” while bends not just his body, but the very notes that escape from deep in his guts into the nerve endings of his fingers making monumental glissandos out of undulant dyads that dapple the dizzying arpeggios of a single musical phrase. It comes ever so naturally to a man that one can only describe as a musical genius. And this is what makes his music so unique that it stands out even in the over-crowded world of contemporary pianists.

Unfortunately, I will probably not have the opportunity of listening to Piano Ibérico when I travel to Montréal in July to be at the concert by Chano Domínguez. He tells me that the programme at The Festival International de Jazz de Montréal is likely to be different. He’ll probably be revisiting the music he arranged for his celebrated recording Flamenco Sketches (Blue Note, 2012), an album he created to pay tribute to the legendary Miles Davis recording, Kind of Blue, which was one of Mr Davis’ pivotal albums in his relationship with the great Canadian pianist, musician and arranger, Gil Evans, who is, incidentally, also someone who Mr Domínguez admires enormously. Piano Ibérico will, however, be a showpiece on the first leg of his tour.

Mr Domínguez has brought together a group that includes Alexis Cuadrado, the prodigiously gifted (Catalan) contrabassist, the brilliant Puerto Rican drummer Henry Cole, together with Blás Córdoba, the great Flamenco cantaor who also goes by the name “El Kejío” and whose grizzly voice has adorned the music of Mr Domínguez for many years. The viscerally exciting Flamenco bailaor and choreographer Daniel Navarro will complete the troupe. Of course, anyone, who has seen one of Mr Domínguez’s concerts from the day he burst onto the world stage with Mira Como Viene which was captured on film by the celebrated director Fernando Trueba will know what a magical experience that will be. The film featured the bailaor Tomasito, who was part of Mr Domínguez’s group for that performance, but Mr Navarro’s performances are every bit as brilliant an artistic spectacle. 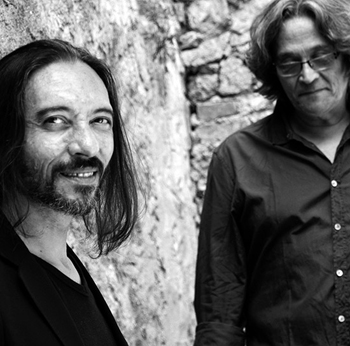 More importantly, both the discerning aficionado and the merely curious will have yet another opportunity to catch a glimpse of what makes Chano Domínguez so special once again. For here is a musician who sets the piano on fire each time his fingers touch the keyboard. His music embodies what the Spanish know as duende, an inexplicable feeling that emerges from the dark and sometimes forbidden side of the human spirit. The great poet and fellow-Andalusian, Federico García Lorca once said that “the duende is a force not a labour, a struggle not a thought.” He tells us, “I heard an old maestro of the guitar say: ‘The duende is not in the throat: the duende surges up, inside, from the soles of the feet.’ Meaning, it’s not a question of skill, but of a style that’s truly alive: meaning, it’s in the veins: meaning, it’s of the most ancient culture of immediate creation.”

This is exactly how the music of Chano Domínguez strikes you. It seizes you by the jugular, putting a twist in your throat so that you cannot speak. The pupils of your eyes, however… they dilate in fear and anticipation of something momentous that you feel is about to happen. Then it does: two notes, an F# and a G squeezed together in a phrase that Mr Domínguez has just invented on the spur of the moment. It prompts a blood-curdling response from Blas Córdoba, which will be hard – even impossible – to comprehend. But immediately its feeling will seize you by the throat; make the hair on your arms and on the nape of your neck stand on edge. You will feel the sharp pain that Blás Córdoba and Mr Domínguez and Daniel Navarro are bringing to life.