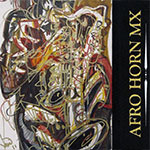 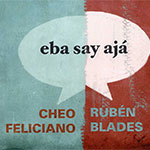 With her impressive credentials it would have been easy for Andrea to remain in her comfort zone. Instead she assembled a dream team, chose a fearless repertoire and took the road less traveled. Andrea has always been a “bebopper” at heart. Lady of the Island is proof positive. As one writer observed, “This may be the clearest representation of Andrea Brachfeld’s expression through her music.” In a similar vein, check out Andrea and Chembo Corniel’s collaboration effort titled, Beyond Standards (Consolidated Artists Prod, 2006). Read our full review. 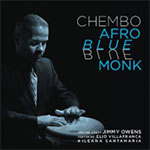 – Percussionist Wilson “Chembo” Corniel celebrates the 10th Anniversary of Grupo Chaworo and pays tribute to two legendary figures in the worlds of jazz and Latin jazz: Thelonious “Sphere” Monk and Mongo Santamaria. As always, Chembo is a consummate professional who surrounds himself with the best of the best, saxophonist Ivan Renta, pianist Elio Villafranca, bassist Carlos de Rosa, drummer Vince Cherico and special guest Jimmy Owens among others.  Of particular interest is Afro Blue, with newly composed lyrics by Ileana Santamaria and the band’s interpretation of Blue Monk. Other notable tracks include Danzón del Invierno and Claudia. Afro Blue Monk marks yet another step in the ascension of “Chembo”Corniel. Read our full review. 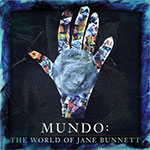 – Mundo represents the best of Jane Bunnett, a gifted flautist, composer and arranger who has spent the last 30 years forging enduring relationships with musicians throughout Latin America and most notably, Cuba. As journalist Raul D’ Gama wrote, “Bunnett has guided her singular jazzy rhythms into gentle collisions with the ritmo of Son and Danzón, Charanga, Bolero, Samba and Maracatú of Afro-Cuban and Brasilian music.” Over the years Jane and trumpeter Larry Cramer have collaborated with a wide variety of legendary and up and coming artists, such as Merceditas Valdés, Changuito, Tata Güines, Don Pullen, Paul Bley, Hilario Durán, Roberto Occhipinti and Telmary Díaz among others. Read our full review. 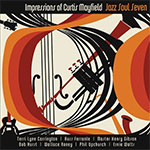 – The Jazz Soul Seven pay their respects to singer, songwriter, record producer, Curtis Mayfield, and what better way than through the lens and freedom of jazz? Featured artists include drummer Terri Lyne Carrington, pianist Russ Ferrante, percussionist Master Henry Gibson, bassist Bob Hurst, trumpeter Wallace Roney, guitarist Phil Upchurch and saxophonist Ernie Watts. The Jazz Soul Seven capture the soul and spirit of Curtis Mayfield, a fitting tribute to an icon and humanitarian who left the planet all too soon. 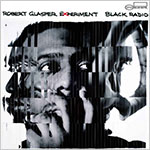 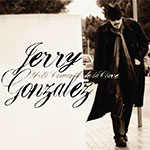 – After residing in Spain for some time trumpeter/percussionist Jerry González formed a band and created a sound that is a cross between Thelonious Monk and Los Muñequitos de Matanzas. El Comando de la Clave consists of pianist Javier Massó Caramelo, bassist Alain Pérez, drummer Enrique Kiki Ferrer, Alberto “Chele” Cobo on clave and special guest, vocalist Diego El Cigala. It’s hard to believe the album was recorded in a day and a half! Standout tracks include Avisale Mi Contrario, the tongue in cheek Someday My Prints Will Come, Tenderly and Obsession. Jerry González and his brother, bassist Andy González are national treasures who are deserving of wider praise and recognition. Read our full review. 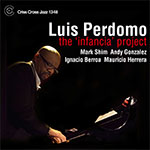 – For someone who admits that he didn’t like or understand jazz when he began playing the piano, Luis Perdomo has come a long way. For his second outing on Criss Cross Jazz Perdomo reexamines some of his earliest influences, South American and Afro Caribbean rhythms with the aid of a killer band: saxophonist Mark Shim, percussionist Mauricio Herrera, bassist Andy González and drummer Ignacio Berroa. Standout tracks include Bud Powell’s Un Poco Loco and guitarist Chuck Wayne’s Solar and Andy González’s Meddigo Girl. 2012 was quite a year for Perdomo, who also recorded Universal Mind (New World Records) with bassist Drew Gress and drummer Jack DeJohnette. Luis Perdomo is an artist whose time has come. 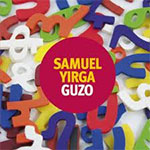 – Samuel Yirga is a 20 something forward thinking Ethiopian pianist and composer with a bold vision. His debut recording titled Guzo – the Amharic word for journey has it all – mesmerizing solo piano pieces, Ethio jazz, American jazz, funk and R &B. Though Yirga has become something of a prodigal son in Ethiopian music circles, his music transcends conventional categories. Keep your eyes and ears on Samuel Yirga. His future is bright. Read our full review.