Celebrating the Life and Music of One of the Greatest Cuban Legends: Bebo Valdés
Feature article by Raul da Gama (jazzdagama.com)

There is a metaphor that I cannot get out of my mind: It is one of the roars of the river. I hear it incessantly as if it were vying for the sound of silence in which I hear whispers of the name of the man his mother and father named Dionisio Ramón Emilio “Bebo” Valdés Amaro. The metaphor of the river is more appropriate than that of the stallion; “El Caballón” (The Big Horse) they all called him because of his enormous height. It was just that the river contained aspects of the physical as well as the mystical. The roar of the water, ever onward, was glorious to behold with its might swell and rip tides… and then, of course there is the awesome magical power of washing away old silt; the past, bathing rocks moving ever forward making all things in its path new: the mystic river that ebbs and flows as if were possessed of a soul affected only be the Divinely assisted waxing and waning of the moon.

The river is also caught in the tumultuous grip of the spirit of God, the Great Muse, who together with the old man Bebo Valdés blesses the seemingly endless panacea of a life well-lived, while the pianist gives back, by being faithful to the Great Music. Thus he not only dreams in the idiom of Contradanza and son and bolero and rumba or creates Batanga, but does so as his life it plays out in an endless stream of runs and arpeggios on a piano just as mystical as the river… All of this so apt for the man the world now simply calls Bebo. For he is one of the fiercest critics of the mediocre and one of the most elegant exponents of the excellence when playing the music of his beloved of Cuba, along with, of course, another forgotten hero, Frank Emilio Flynn. 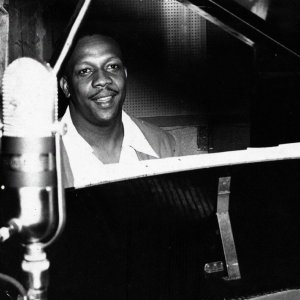 Mr. Valdés came to prominence in the 40s playing the Radio band of Mil Diez. For his audition, Legend has it that Mr. Valdés re-wrote an overnight sensation, took a piece called “Negra Triste” by Facundo Rivero and created an arrangement using “ninths,” which gave the piece the flavour of the impressionism of Debussy. This was unheard before in the popular music of Cuba. More music followed and very soon Mr. Valdés was writing musical arrangements of the likes of Olga Guilot, Elena Burke, Celia Cruz and finally Miguel Matamoros and Benny Moré.

Classically trained and with a restless ear, Bebo Valdés began hearing and incorporating colours from Big Band jazz into his arrangements and in his compositions. He combined brass and string arrangements in the González-Mantici Orchestra, where he met a young arranger named César Portillo de la Luz. For the first time he felt he could share his ideas about modernization of the old Cuban songs. Mr. Valdés was always fascinated with jazz and blues as well as gospel and R&B and the expression or “feeling” expressed by the players and singers became the infusion that changed the flavour of the 19th Century Trova that was the old glory of Pepe Sánchez. “Feeling” became “filin” and a new movement was born, spearheaded by Mr. Valdés. With this Bebo Valdés became even more revered and in demand as a Bandleader. His reputation in Cuba became as prominent in all of Cuba as that of Duke Ellington and Benny Goodman.

Meanwhile Bebo Valdés’ music became more adventurous. His style blossomed and bloomed and as he became fascinated by the majestic harmonics incorporated in their music by Thelonious Monk as well as Fats Waller and Art Tatum. Mr. Valdés was always possessed of strong left hand, capable not only of steadying the clave all on his own, but also creating a hidden melody that lurked in the magisterium of the bass: Mighty “Tumbao,” it is called among Cuban musicians. Not long after his success was taking him places, albeit for his own diffidence about all his achievements, Bebo Valdés began to pay tribute to the God Obatalá. The music, fused with batá and conga drums and played by Candido Camero, came to be referred to as “Batanga” and this further fuelled the common Mambo of Damaso Pérez Prado among others, adding a new and spectral dimension to more Cuban folk music.

Bebo Valdés’ finest hour before the Revolution came with his long-standing gig at Cuba’s Tropicana Hotel, where Mr. Valdés held sway with his celebrated orchestra: Sabor de Cuba. At this time Mr. Valdés discovered that he could play out his dream of expanding his orchestra by adding singers. His most glorious addition was the captivating singer, Pío Leyva. His addition to the orchestra was so beautiful a match that it was said that Bebo Valdés lived through the singer. Many others passed, including Celia Cruz and the band even transitioned form the Tropicana Hotel to the Sevilla Biltmore. Throughout the stature of Mr. Valdés grew in leaps and bounds: the river was in spate!

Then came the revolution and Bebo Valdés was conflicted. The love for his country was not enough to hold him back. He kept touring in the sixties and in 1963, after a trip to Spain, left Cuba for good, settling in Sweden where he met his third and final love and was married to Rose Marie Perhson. So deeply did he fall in love with the young 18-year-old that he gave up recording altogether and would have given up performing had his new wife persuaded him that he should not stop playing, but rather continue to spread the joys of his music. Finding himself occasional gigs in and around the city in which he lived, Mr. Valdés continued to perform and kept his chops alive, while the audiences of Sweden were blissfully unaware about just how gloriously famous he was and what a tremendous innovator he had been in the 40s and 50s in Cuba. 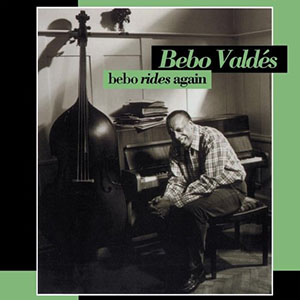 . After this, it appears that Mr. Valdés’ river began to overflow. He was cast in the award-winning film by Fernando Trueba, Calle 54 and it was here that perhaps the greatest love story was played out between Bebo Valdés and his estranged son. The Cuban pianist, however, was able to not only reconnect with his father the legendary Bebo some years after he defected from Cuba in the 1960, but after a long and bitter re-union with Bebo Valdés, who had re-started his life in 1963 in Sweden with a new wife and family, Chucho and Bebo re-enacted one of the greatest love scenes in a film, when they performed Ernesto Lecuona’s classic, “La Comparsa,” exchanging many secret glances as they gave a command performance of their lives.

The career of Bebo Valdés was reincarnated after this and there was no looking back now. Carlos Carcas made a great documentary on Bebo Valdés called Old Man Bebo (produced by Fernando Trueba), one of the most definitive pieces of work on the legendary pianist. In fact were it not for Fernando Trueba, Bebo Valdés might have just as easily passed into obscurity again. Mr. Trueba, however championed his cause and his comeback, with major project after major project. Another film, ”El Milagro de Candeal” (The Miracle of Candeal) came about after Mr. Valdés expressed a deep desire to visit Salvador de Bahia in Brazil. Here Mr. Valdés became the guest of the iconic Brazilian musician Carlinhos Brown, visiting his home in Candeal to participate in performances with the legendary musician as well as perform with a host of stellar young musicians and drummers. Finally Mr. Valdés is honoured at a carnival celebration when he becomes chief guest of the float and is involved in a veritable passacaglia during the festival as he shares the bill with Carlinhos Brown and achieves his life’s ambition of imbibing the spirit of Candeal in Salvador de Bahia. Next came another award-winning film, Blanco Y Negro: Bebo y Cigala En Vivo

, a film with the great flamenco performer, Diego “El Cigala”. This was a dream of Mr. Trueba’s and it finally came true, made in the sultry and smokey format of black and white the film is full of nervous energy and featured Bebo Valdés at his finest as he is accompanied by the mighty Spanish bassist, Javier Colina, the percussionist “Piraña” and others. 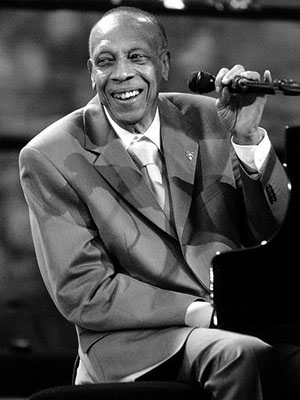 Fernando Trueba added the crowning glory to Bebo Valdés’ career when he and Javier Mariscal created a feature length film Chico y Rita loosely based on the life and times of Bebo Valdés. Mr. Valdés wrote most of the music and performed virtually all of it as well. Perhaps it is in his music that Mr. Valdés was in his proverbial element. This music of Chico Y Rita provides a secret measure of what Bebo Valdés clearly enjoyed best: and that is playing his beloved piano, creating and re-creating music in as many different ways as possible. His albums, the one entitled, Bebo features his personal interpretation of a musical history lesson and begins with his impressions of his own classical background, and ends with a masterly tribute to “Cuba the Beautiful”. Albums with Javier Colina, Paquito d’Rivera and with his son Chucho Valdés show Bebo Valdés in the throes of love for music.

The energy and power of Bebo Valdés’ music is reminiscent of his early heroes, Art Tatum and Fats Waller. But more than anything, Mr. Valdés shows that he embodies “gnosis,” that body of knowledge that enables one to live with wisdom and knowledge not only of self but, in a mystical sense, to connect with the God of a higher power who controls the ebb and flow of the river that Old Man Bebo seems to have finally journeyed down, falling into a deep sleep, while imploring those left behind to stay on watch and listen for the majestic music that flows in his wake.

In Search of Vinicius de Moraes