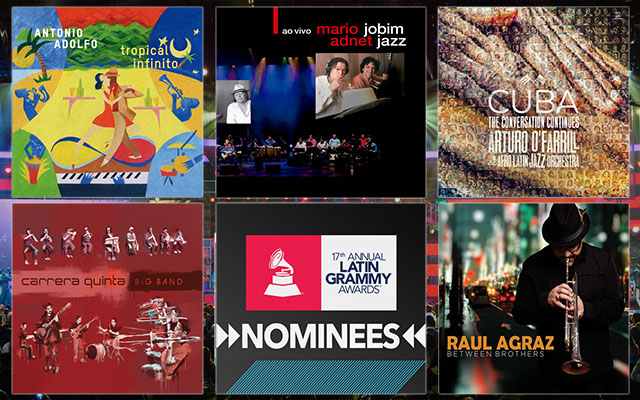 The big event will take place at the T-Mobile Arena on Thursday, Nov. 17, 2016, and will be broadcasted live on Univision Network from 8–11 p.m. ET/PT (7 p.m. Central). The nominees competing in the Best Latin Jazz Album category are all deserving of the coveted award, with a long trajectory in the musical scene and representative of the richness and diversity of the Latin American musical traditions. Here they are. 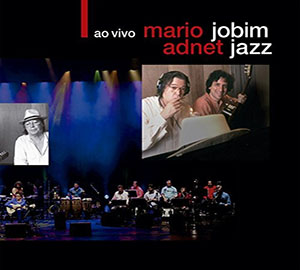 For the legions of Brasilian – and international – fans who think back nostalgically to Antonio Carlos Jobim and his music, and marvel at the enormous pleasures that they continue to enjoy, here is evidence that such musical magic exists today. Not surprisingly this comes from the pen of Mario Adnet, whose re-imaginings of Jobim’s repertoire extend to four albums to date. Jobim Jazz – Aõ Vivo is the most recent of the series. Mario Adnet pays much more than just reverent attention to Jobim’s extraordinary music, which not only introduced his genius to the world, but also put Brasilian music on the world stage… Read our full review 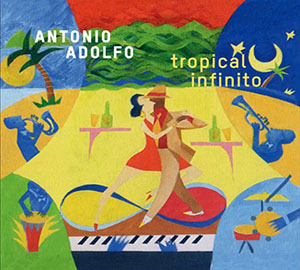 That Antonio Adolfo should be paying homage to the Jazz side of his music should come as no surprise. Like that great Cuban piano master Frank Emilio Flynn, Adolfo’s pianism shows a strong Jazz influence. But more than the fact that he has imbibed the cadence of Jazz it is these arrangements that are so special on Tropical Infinito. They tell of the uniqueness of Adolfo’s genius, which is his ability to tell stories as if he has written them. Few pianists could pounce on these pieces with such joyful momentum. Try Benny Golson’s ‘Killer Joe’ for size. No less intensity marks both meditative lyricism and the agitated outbursts of Horace Silver… Read our full review 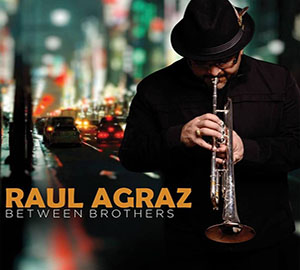 Raul Agraz’s Between Brothers is welcome companion to his other releases. But more than that, it is an essential part of the growing trumpet repertoire on the sheer strength of these performances. In fact, I would go even further and say that there are few musicians who appear more steeped in their worlds than Raul Agraz. On evidence committed to disc here, one senses that the pure instrumental vein and gorgeous orchestrations free his spirit like none other. This is in no way meant to take away from the performances by the cast of luminous virtuosi including Paquito D’Rivera, Dave Samuels, Luis Perdomo, Luis Quintero and… Read our full review 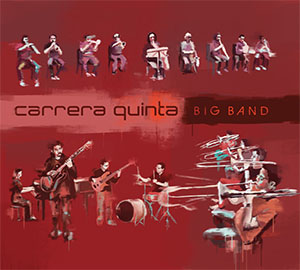 Music in North America has long been enriched by the rhythmic content from traditional South American song and dance forms. The biggest influences come from Brasil and Cuba, but as musicians dig deeper into other Latin American traditions, the musical topography of other countries augments popular music in many splendoured ways. The gorgeous textures of Colombian music is often heard in contemporary popular styles – notably Jazz – and the latest of these cultural collisions comes in the form of a big band venture by Carrera Quinta. The potent voices of the band’s two composers, guitarist Javier Pérez… Read our full review

The year 2015 has seen two monumental musical works where Afro-Caribbean music collides with Jazz: The first is Elio Villafranca’s suite, Cinqué which was premiered at Jazz at Lincoln Centre and has since been performed in Bolivia with the Symphony Orchestra there. The second is Cuba – The Conversation Continues by Arturo O’Farrill and the Afro Latin Jazz Orchestra. This large ensemble led by Mr. O’Farrill, son of the legendary Chico O’Farrill is augmented by celebrated musicians from both Cuba – including the incomparable Bobby Carcassés – and the US – starring Rudresh Mahanthappa and Michele Rosewoman… Read our full review