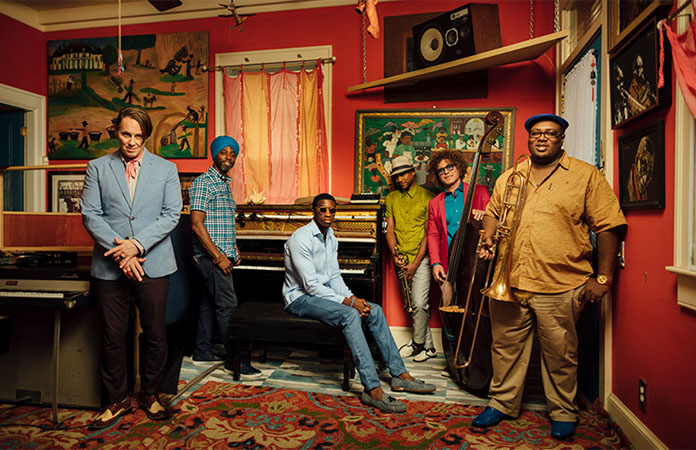 For nearly fifty years, the Preservation Hall Jazz Band has been traveling the globe, bringing the joy of traditional New Orleans Jazz to music fans around the world. Whether performing at prestigious centers like Symphony Hall in Boston, contemporary music festivals like Austin City Limits, or private engagements for Presidents and Kings, the Preservation Hall Jazz Band of New Orleans never fails to bring their audiences dancing into the aisles.

“A Tuba To Cuba” is as much a soundtrack to our documentary as it is a collection of songs that we wrote and recorded during the filming and after its completion. The writing and recording of our previous release, “So It Is” began before our first trip to Cuba in 2015. We had no idea that it would become the album it would until we returned home from that first trip. The “A Tuba To Cuba” soundtrack is comprised of a combination of songs that are both in the movie and new songs that aren’t in the film or couldn’t have been in the film because not until we were able to watch it ourselves, we were again inspired to put that spirit into new music. Our five years exploring the Cuba/NOLA history has been inspiring to say the least.

About the documentary “A Tuba To Cuba”

Ben Jaffe, the creative director of New Orleans’ famed Preservation Hall Jazz Band seeks to fulfill his late father’s dream of retracing their musical roots to the shores of Cuba in search of the indigenous music that gave birth to New Orleans jazz. A TUBA TO CUBA celebrates the triumph of the human spirit expressed through the universal language of music and challenges us to resolve to build bridges, not walls.

It features jazz legends Charlie Gabriel and Walter Harris, as well as Arcade Fire’s Win Butler and Regine Chassagne – and of course plenty of music from the Preservation Jazz Hall Band and their Cuban counterparts. The film was directed by T.G. Herrington and Danny Glitch and is coming to select theaters beginning February 15th, 2019 before it is available everywhere on VOD on March 15th.