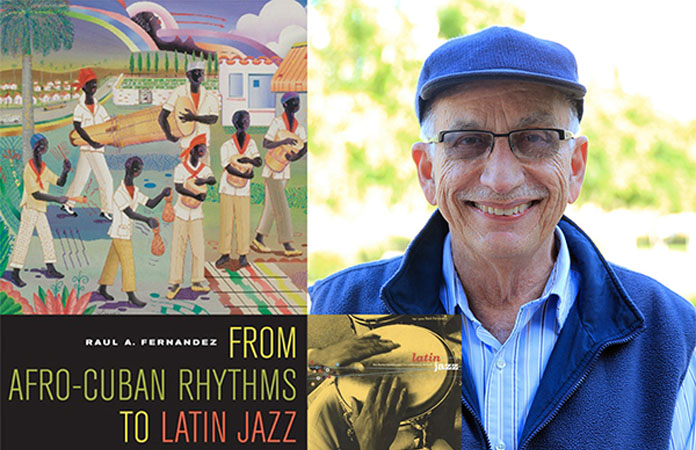 The Inside Latin Jazz series offers fascinating and penetrating onstage interviews with leading Latin Jazz artists, and experts in the genre.

Moderated by flute soloist and Professor at Whittier College, Danilo Lozano, this is something every lover of music will not want to miss.

Thanks to the generous support of the BCM Foundation, tickets to the Inside Latin Jazz series are FREE. However, they are only available starting two weeks prior to each event, and are Will Call only for phone orders and Print At Home only for internet orders. There is a limit of 4 tickets per person.

Musicologist, Professor, and author of “Latin Jazz: The Perfect Combination” (Chronicle Books and Smithsonian Institution Traveling Exhibition Service, 2002), “From Afro-Cuban Rhythms to Latin Jazz” (Univ. of California Press, 2006) and “Hablando de Música Cubana” (Bogotá, 2008), Raul Fernandez completed his secondary education in Cuba, received his B.A. from the University of California at Berkeley in 1966 and his Ph.D. from Claremont Graduate University in 1971. He has been in the faculty at UC Irvine since 1969.

He also edited (with Gilbert Gonzalez et al) “Labor versus Empire: Race, Gender and Migration” (Routledge: New York and London, 2004); and (with Jeff Belnap) “José Martí’s Our America: From National to Hemispheric Cultural Studies” (Duke University Press, 1998). Fernandez was the Curator of the Smithsonian Institution traveling exhibit Latin Jazz: La Combinación Perfecta, which opened in Washington, D.C. in 2002 and traveled to twelve US cities through 2006. Professor Fernandez is the Chair of the UC-Cuba Multi-Campus Research Program at UCI.