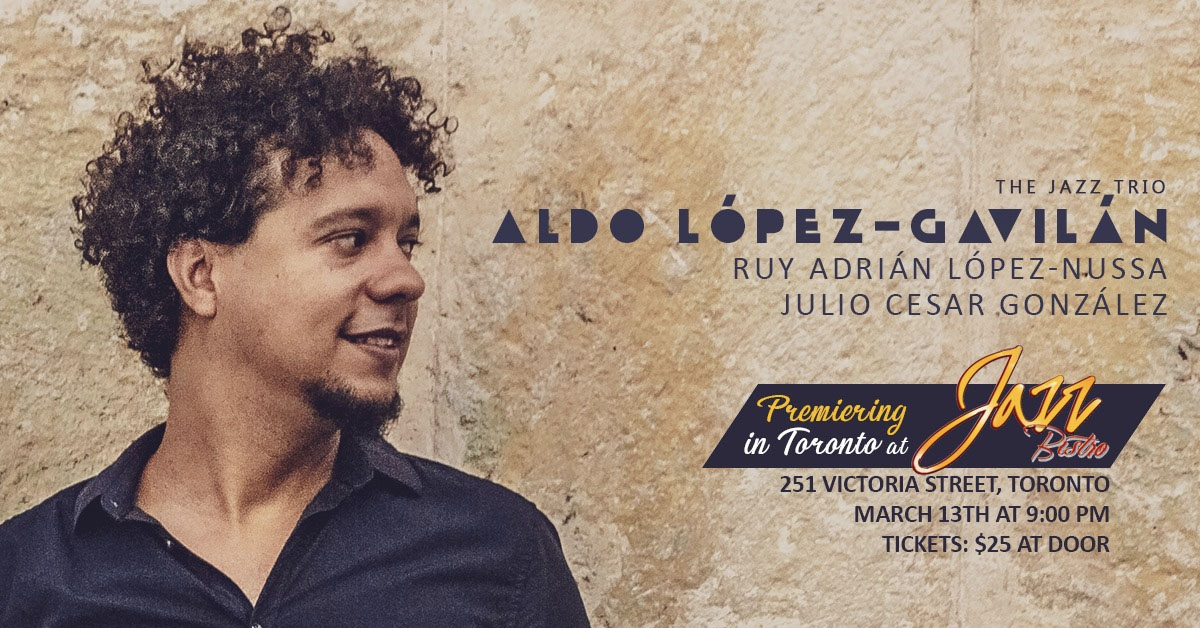 Aldo has performed around the world, from Russia and Scandinavia to Hong Kong and Colombia. From London England’s Royal Festival Hall to New York City’s Carnegie Hall. He was born into a musical family and was a bona-fide prodigy at the age of four. He has recently performed in the US with the Grammy Award winning Harlem Quartet and is currently touring with two other jazz masters – Julio César González on bass and a percussionist familiar to many Torontonian’s from his Koerner Hall appearance a few years back, drummer Ruy Adrián López-Nussa!

Aldo López-Gavilán Trio will be playing some of his best-known pieces, few well-known jazz standards as well as some new music from his upcoming album Playgrounds. This is a not to miss concert!