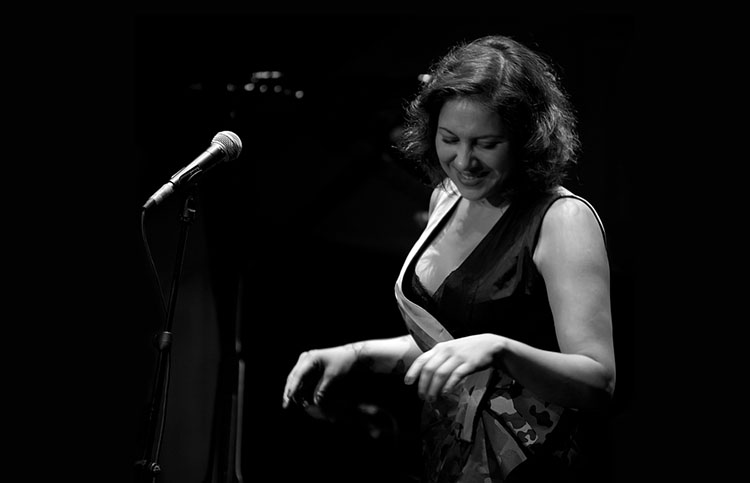 After her first release for EMI: Sola Contigo (Alone with You), and her two subsequent releases for Universal Jazz Spain: Como Agua entre los Dedos (Like Water Between the Fingers), and El Mar de mi Vida (The Sea of My Life), Eva Cortés ranks among the young and most interesting composers and performers of the jazz scene in Spanish. Then came Back 2 The Source, which is Eva’s personal look at the essence of what she considers to be the mainstay of her musical influence: Jazz. It is an album packed with best-known standards, classical pieces from the American Songbook, in which the Honduras-born artist uses for the first time English as the main language in one of her recordings.

Back 2 The Source is jazz from head to toes and as usual in the albums of Eva, includes luxury collaborations, like the Brazilian guitarist Romero Lubambo, or Mark Whitfield, probably one of the more important names in jazz guitar today. It also collaborates the bassist of Paco de Lucía and a key figure in Cuban music of the past ten years, Alain Pérez, and one of the key names in the development of jazz/flamenco fusion, drummer Marc Miralta.

Her fifth album was released in 2012, Jazz one night with Eva Cortés in Madrid, this time under the label VERVE. This CD/DVD was recorded in just one live show on December 28th, 2011 in Madrid. After having toured Spain, France, Norway, The Netherlands, and performing several times in New York City, this album is the fruit of “the solid base provided by a band performing with the same set-up for several years now, with many hours, experiences, and miles in common … with the consistency provided by that sort of complicity which can only be achieved with ongoing and constant work”. 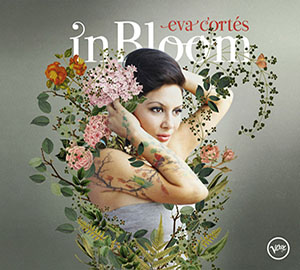 In may of 2013 and after spending more and more time in NYC, Eva decided to record with the musicians that had become her steady band in the US and with whom she had the chance of performing this same year in her country of birth, Honduras. The result is In Bloom. Recorded in Sear Sound, Manhattan and produced by the highly reputed Matt Pierson. Among the musicians who recorded on this album we can find: Romain Collin (piano), Mike Moreno (guitar), Luques Curtis (bass), Reinaldo Dejesús (percussions) Kendrick Scott (drums) and the great Christian McBride as special guest in a very special duo with Eva.

In Bloom is made out of 12 songs. Most of them are Eva’s compositions, except for 3 covers: “Whatever Lola Wants” by Richard Adler and Jerry Ross, the Honduran song, “Puñadito de arena” and “Glory Box” by Portishead.