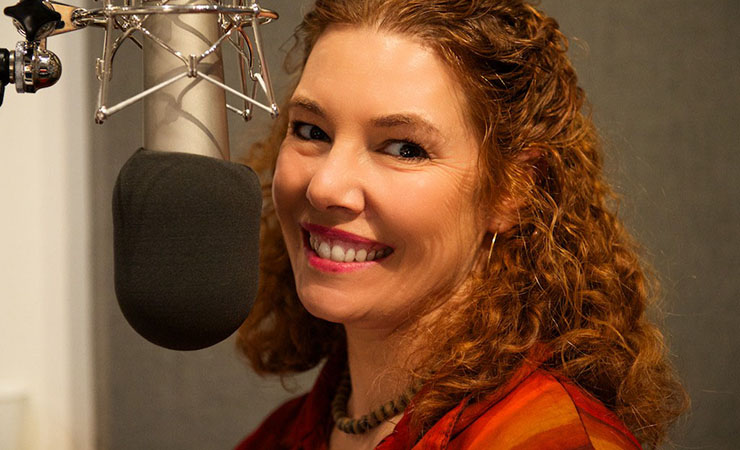 Janine Santana, Latin Jazz percussionist, project leader for the 6-12 piece Janine Santana Latin Jazz Ensemble (featuring Richie Cole, Jose Madera and many other jazzers in the international music community), radio host, actor, artist, designer and writer is a well respected fireball of creative activity. Currently residing in the Front Range area of Colorado, she decends from Puerto Rican and Finnish ancestry and spent her childhood and youth in Brooklyn, NY and Trenton, NJ, respectively. She began working and studying as a professional actor at a very young age, and focussed more fiercely on music recording and performance along with broadcasting after moving to Colorado permanently in 1994. 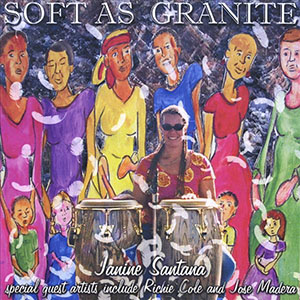 Of Puerto Rican descent, Via Brooklyn, NY and Trenton, NJ Janine Santana has lived with a deep love for Afro-Cuban/ Caribbean traditions and Jazz for as long as she can remember. She has been a professional performing artist in a variety of genres for the past 30 years. An accurate, exciting and groove-driven conga player, she has been in demand and followed on the Latin dance/festival circuit as well as a side player on recordings. Equally adept and comfortable in genres of Jazz, Afro-Cuban, and Funk, Janine Santana is described in reviews and by her fans and peers as a passionate, creative and vibrant musician. In 2009 she finally took the reins and developed, produced and led a stellar group of musicians in her well received recording Soft as Granite (NiNi, 2009) featuring alto sax legend Richie Cole, trumpeters Greg Gisbert and Brad Goode, and former arranger/percussionist for Tito Puente, José Madera.

Janine’s recording Soft as Granite reflects her Latin Jazz skills as a percussionist, leader, arranger, and studio artist. It is still her top-selling artistic endeavor, and she is enthusiastically preparing for another recording and documentary project that will feature a plethora of musicians, including international strongholds in the Latin Jazz industry and incredible young talents who are the investments in the future of our music legacy. 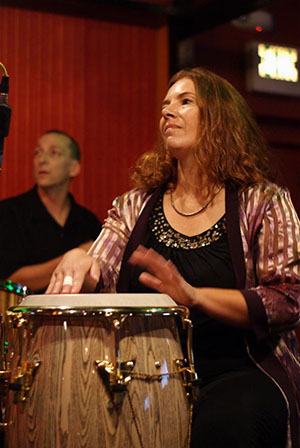 Currently, Janine is creating an interesting recording featuring generations of important Jazz and Latin Jazz musicians. Janine’s conga skills and drive to integrate and showcase the rich talents of the artists she picks for a wide variety of material has resulted in supportive attention from many of the most respected people in the Latin Jazz genre of the music industry. At this time, a documentary of this project is also being developed. She has chosen talents from young ascending-star bassist Luques Curtis, in his early twenties yet already playing regularly with Eddie Palmieri among other masters, to Bobby Porcelli and David Amram, both going strong in their 70’s and 80’s, respectively, and astounding musicians. In the middle she has included again Jose’ Madera on timbales and arrangements, Ricky Gonzalez (currently pianist/arranger for Jennifer Lopez, Marc Anthony and a veteran of numerous Grammy-winning Latin Jazz recordings) as producer/pianist/arranger and Ray Vega on trumpets, among other stellar musicians and music industry professionals. This is a project to watch for!

Go to Janine Santana’s IndieGoGo page and contribute to what will be an absolutely outstanding Latin Jazz All-Star Project!