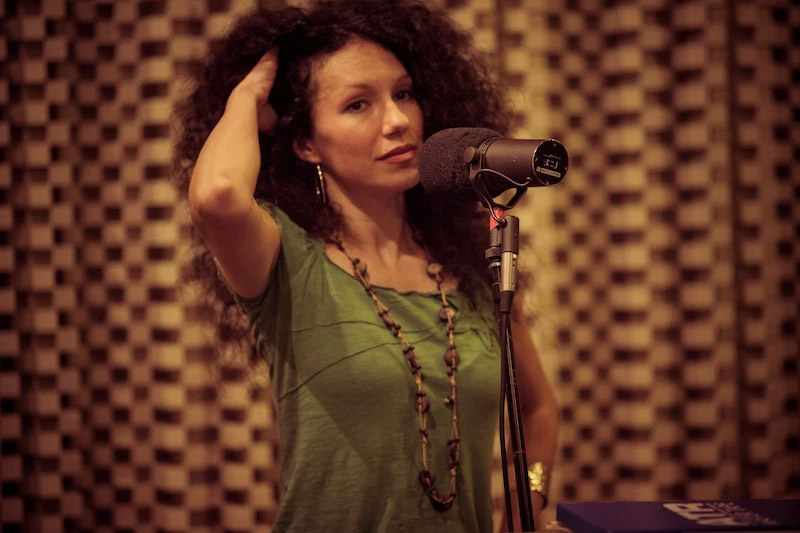 “Some gifts we share and benefit a few. Some gifts have the power of benefiting many.” This is the motto by which Raquel Cepeda lives, a sentiment that finds her, after a long career as a full-time geologist, striking even more valuable prospects by following one of her innermost passions: singing. Born in Venezuela and trained in the sciences, it was during her engineering days at college that she began earning a reputation on campus as a singer of distinction. After making her recorded debut in 2001 with a host of other singers and musicians from her homeland, in 2013 she worked with famed producer Paul English to craft her solo debut, I’m Confessin’. This self-proclaimed “work of heart” was an artistic leap of intuition, a foray into emotional depths that highlighted her multicultural persona. She is now based in Houston, where since 2011 she has become an in-demand fixture among local musicians and events. After working for 15 years in the oil industry and maintaining parallel careers in music and science, in 2015 Raquel decided to take the leap as a full-time artist.

Whether singing a standard or crafting an original tune, she embodies an unerring sense of purpose in every song she touches. Listening to Raquel sing, one can hear the tactile joy in her voice, the welcoming passion she brings to the music. She invites us, all the while holding true to the inexplicable spirit that moves her, and which is sure to move you in kind. Raquel is a living affirmation that sometimes the greatest art comes without a roadmap—as if from a higher place—and that sometimes we must give in to the inevitable and accept what we were born to do. Accepting her gifts for what they are, if only for a fleeting moment of shared humanity, makes it all worthwhile, for Raquel pulls back the curtain of our day-to-day lives and reveals the wealth of experiences waiting for us all backstage. Her voice is a blessing shared with the world, and the world is that much better for having received it.
– Biography by Tyran Grillo, 2015

“There is a breathtaking array of music on this album Passion by Raquel Cepeda – music from an array of South American traditions as well as from the northern realm of Jazz. But it is no vanity project or publicity stunt either. Judging by the results it’s probably a given that the composers of this music would have approved whole-heartedly of Miss Cepeda’s decision to take the solo (lead) part throughout. Her uncompromising professionalism and prodigiously gifted artistry shines throughout the hour-or-so of music. It’s simply not a stretch at all for her to traverse the varied cultural topography with disparate music, making this into a journey of a myriad of soundscapes; disparate ones woven into a magical tapestry of sound.”
– Raul da Gama

Raquel Cepeda’s original song “Luz de Luna” is a poetic metaphor of the recent Venezuelan massive exodus, in which citizens are forced to leave, in some instances by foot, walking across south America in reach for safety in other countries. Most of these people leave their loved ones behind and yearn to reunite in the Venezuela that they once knew. The images are the original takes of the studio recording sessions. The song is included in Cepeda’s new album “Passion”, available at: www.raquelcepeda.com/shop

LUZ DE LUNA – LYRICS IN ENGLISH (Translation)
Moonlight, Moonlight
Give me your clarity
Don’t let me get lost in the night
Don’t let me go astray

May your faint light guide me
From this dense darkness
The path gets so long, my moon
And there’s still so much to go!

Moonlight, Moonlight
Offer me me your clarity
See that my Beloved waits for me
On the shore