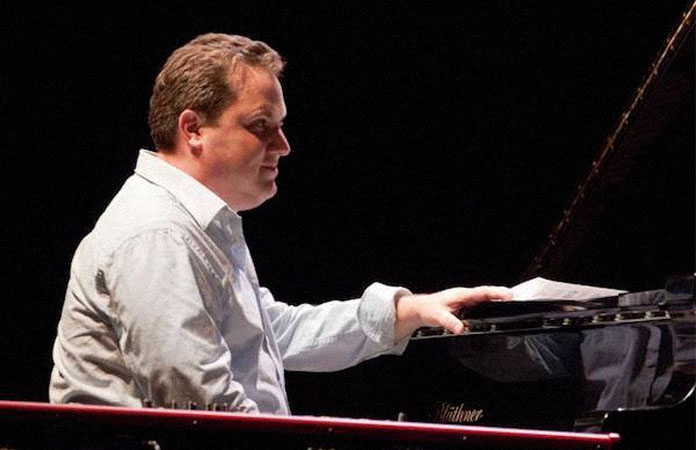 Michael Eckroth,  pianist and keyboardist, composer and arranger, is a native of Phoenix Arizona and currently resides in Jackson Heights, NY. He earned a PhD in jazz performance at NYU and currently leads and co-leads a number of projects in varied genres of music.

Michael recently released the album Piano and Rhythm with a cast of New York latin greats including Johnny “Dandy” Rodriguez, Andy Gonzales, Nelson Gonzales, Pedro Martinez, and many others. Other recent collaborative recordings include duo with Ron McClure, Hello Stars, the recent La Voz De Tres album Sueños y Delirios, the Chulo Records albums by the groups Peliroja and Melaza, as well as numerous sideman jazz recordings. Soon to be released on Chulo will be an album by the Cuban singer Pepito Gomez, with arrangements and direction by Michael.

From 2010-2012 Michael toured extensively with the John Scofield new quartet. This group played in many of the major club venues in the United States as well as venues and festivals in over 20 countries. With other groups, Michael has performed all over Europe and the Americas, as well as in U.S. club and festival venues, and many New York City clubs.

Side projects and collaborations still in the works include groups with Bill Evans alum Eliot Zigmund, DEF trio, the groups of Russ Nolan, Kenny Shanker, Gerry Gibbs and Greg Diamond, and other solo and collaborative recordings and performances.