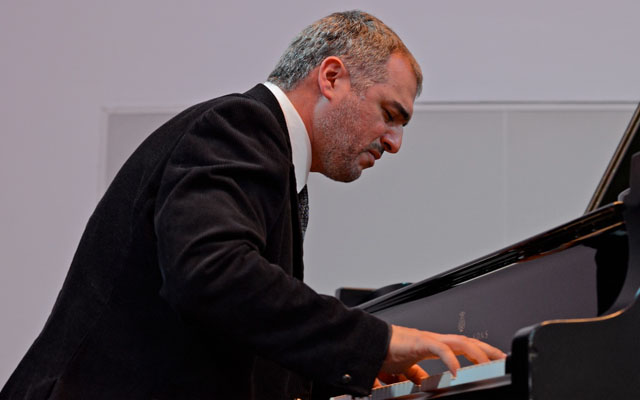 A description of Leo Blanco would be incomplete if one were to label him as only a pianist. On stages lives the interpreter who breathes improvisation into his compositions. In the world of academia, his experience as an artist influences his teaching as a creative act. In the recording studio or at the moment of the inception of an idea lives the musical producer within.

To say that Leo Blanco subscribes to just one musical role would be insufficient. At his piano, he reveals his profound academic musical training. His Andean origin (he was born in Mérida, Venezuela) injects itself into his work as a composer as well as other Venezuelan, South American, African, world music and jazz musical influences.

To refer to Leo Blanco it is also necessary to describe his powerful drive, which eventually led him to emigrate from The Andes to Caracas and later to the United States and to collaborate musically with artists such as Terence Blanchard, Chucho Valdés, João Bosco, Gonzalo Rubalcaba, Luciana Souza, Bob Moses y Dave Samuels, among others.

Blanco’s musical endeavors began when he was 11 years old in the Merida Symphony Youth Orchestra and ultimately brought him to Boston, Massachusetts in the United States. However the distance between him and his native country is only physical. Blanco continues to be involved in Venezuelan projects and works with Venezuelan artists. In his international career he has left a lasting impression on stages in the United States, Holland, Scotland, Switzerland, Japan, Brazil, Italy, Germany and Colombia, as well as many others. Recently he has gone on tour in the United Kingdom and was received with high accolades: “Blanco is a phenomenon, and a warmly engaging one; technical refinement of this unaccompanied repertoire, which he has hitherto mostly restricted to his house, can only take him from strength to strength,” writes John Fordham of London’s The Guardian. 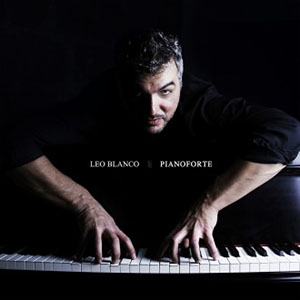 Blanco’s body of work includes four studio-recorded albums: Fin del primer capitulo, Roots & Effect, Africa Latina and his most recent album Pianoforte, a collection of pieces that reflect his worldliness and passion for improvisation. During the live recording of Pianoforte in the Teatro César Rengifo de Mérida, the church bells began to ring unexpectedly and Blanco seized the musical moment and improvised over the bell tolls, which have since remained on the recording of the album.

The musician, composer and woodwind multi-instrumentalist Pedro Eustache described the album Pianoforte as a “direct hit to the senses…it’s an exercise in artistic essence, expressed in sound…a musical journey full of freshness, wit, humor, depth, tenderness, fury–and many other contrasting expressions–wrapped up in beautifully cohesive, non-pedantic yet ‘in your face’ narrative–akin to Beethoven’s quote on music expressing ‘the surprising & the beautiful’. Leo Blanco’s ‘Pianoforte’ CD is truly, undoubtedly, beyond remarkable!”

Leo Blanco is currently a professor at the prestigious Berklee College of Music and is a member of the board at the Longy School of Music in Boston. He also frequently teachers masterclasses as a guest at the New England Conservatory and at Oberlin College as well as other centers of musical study in other countries.